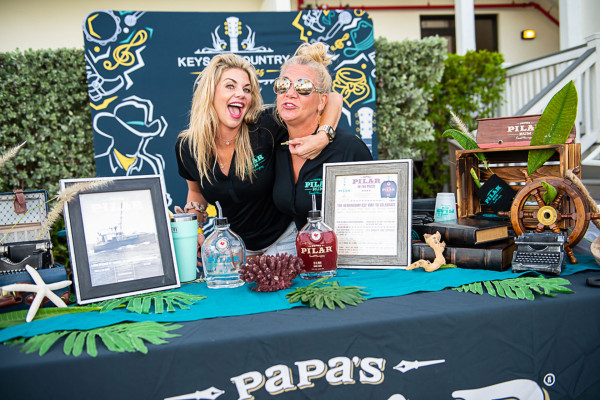 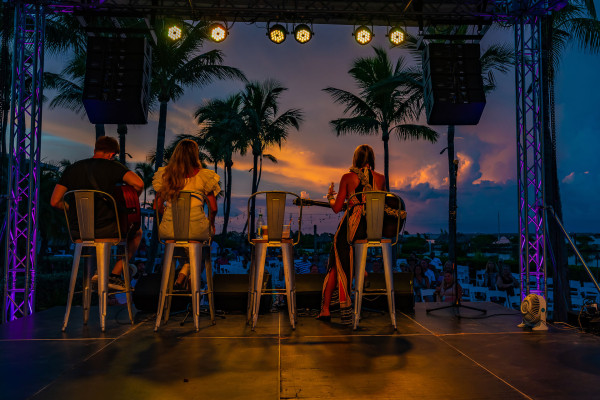 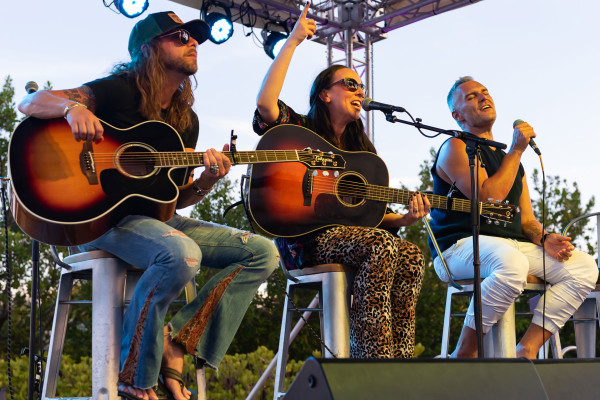 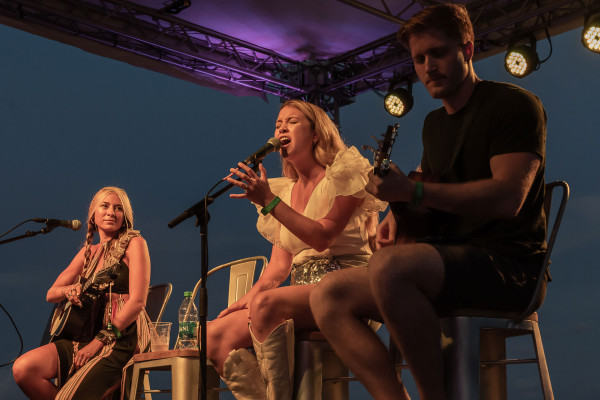 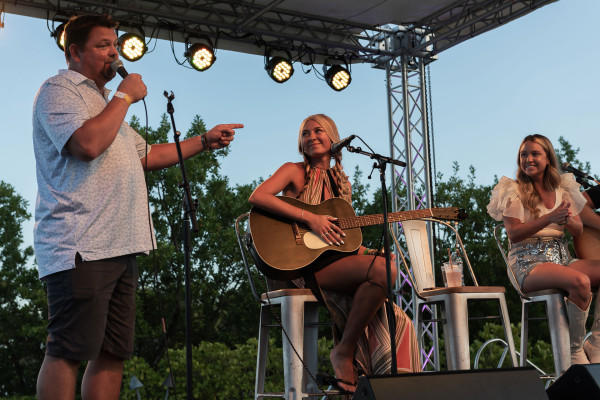 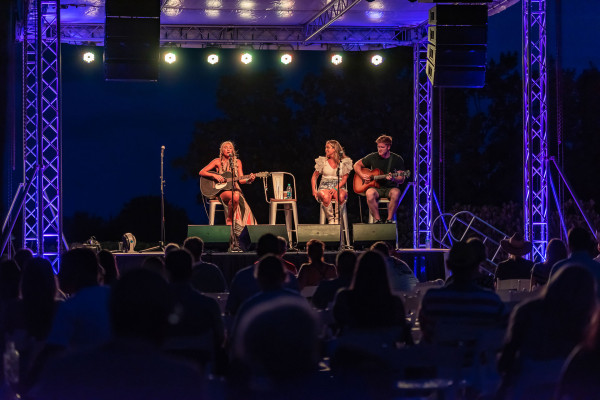 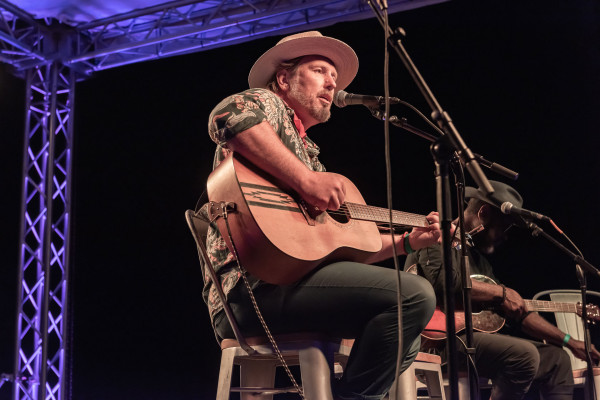 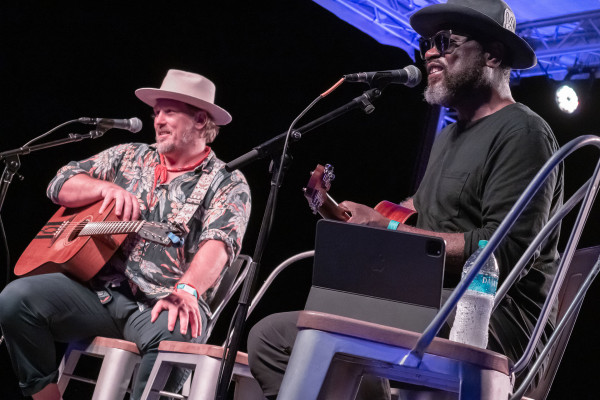 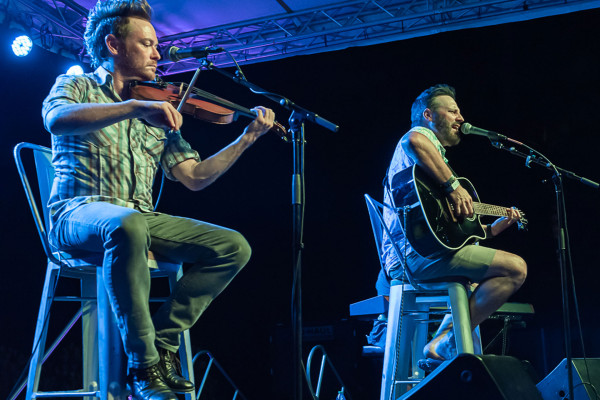 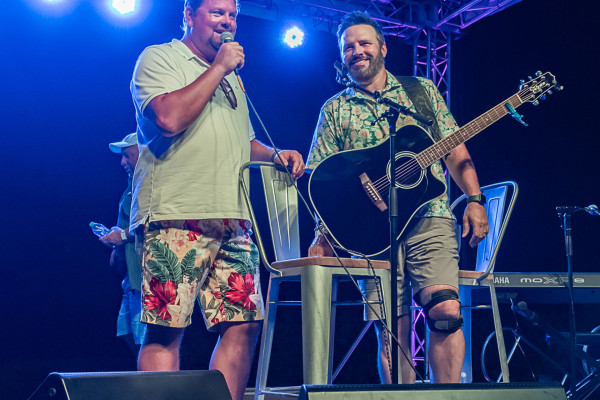 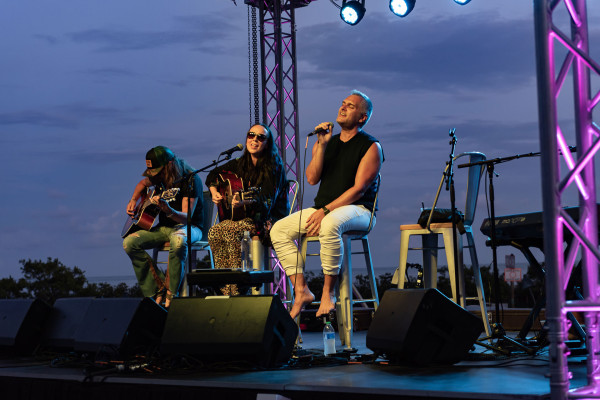 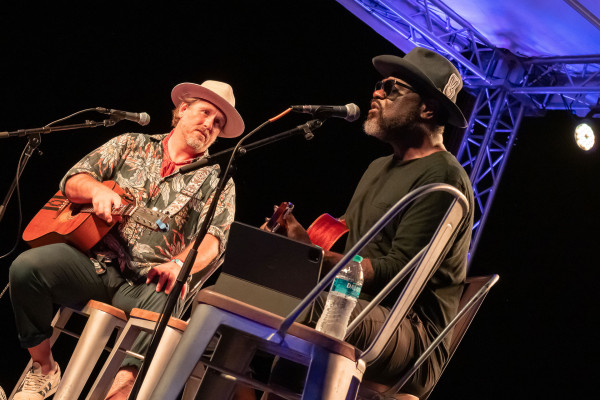 It was “19(90) Somethin’” when Grand Ole Opry member Mark Wills went from singing at Atlanta’s infamous Buckboard to releasing his first of 19 Billboard-charting singles across seven albums. While climbing his musical ‘ladder,’ he has recorded Gold and Platinum albums and released some of the most enduring and recognizable Country Music hits of the last 25 Years.

“Wish You Were Here,” “Jacob’s Ladder” and “I Do (Cherish You)” cemented his country status in the late ’90s and at the ‘dawning of a new decade’ in the early ’00s. Fittingly, Wills’ early chart success earned him an Academy of Country Music Award for Top New Male Vocalist in 1998. One of his biggest hits to date is the RIAA Gold-certified “19 Somethin’” – a six-week No. 1 on the Billboard Hot Country Songs chart. He also has taken more than a dozen trips to entertain U.S. troops in Iraq, Kuwait, Afghanistan, Korea, and Italy. Wills continues to hit the road with his high-energy show full of hits that were the soundtrack to so many people’s lives.


Run of Show—Hosted by Storme Warren 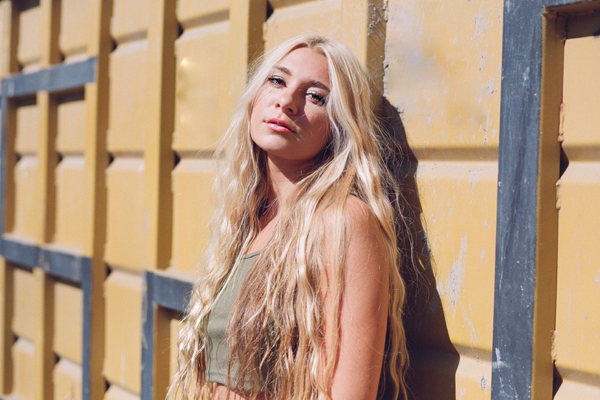 Rising country star Julia Cole has surpassed over 75 million cumulative streams of her music, been named a 2022 CMT Next Woman of Country, and will make her Grand Ole Opry Debut this summer. Her focus on encouraging empowerment and self-worth through honest, raw, and humorous songwriting is clearly resonating with her growing #ColeTeam community.

Breakup anthems, “Side Piece”, “Thank God We Broke Up”, and “Best Worst Ex” (with Alexandra Kay) have helped millions take a glass-half-full approach to dodging a bad relationship bullet, while love song duets “Things I Can’t Say” (with Spencer Crandall) and “Worst Day” (with Charles Esten) have encouraged millions to pull their special someone even closer. The Houston-based singer got her start performing the Star-Spangled Banner before her own high school volleyball games, which quickly led to performing for NFL, MLB, NASCAR and ESPN events before crowds of over 75,000. Mizuno Athletic Wear signed Julia as a sponsored ambassador, and is using her single, “Honey Child” in their women’s empowerment campaign. Julia credits athletics for her team-player mindset and determination, and as a women’s athletics advocate, has fundraised thousands for women’s sports initiatives for the Boys & Girls Clubs of Middle Tennessee. Julia has opened for acts like Dan + Shay, Dierks Bentley, Kane Brown, Carrie Underwood, and Kenny Chesney in over twelve countries. Additionally, Cole hosts "The Julia Cole Show" on YOCO 96.7FM and a new TV series, “The Ultimate Fanfest" on Circle TV (to air in the Fall of 2022). For tour dates and more information, visit https://www.juliacolemusic.com 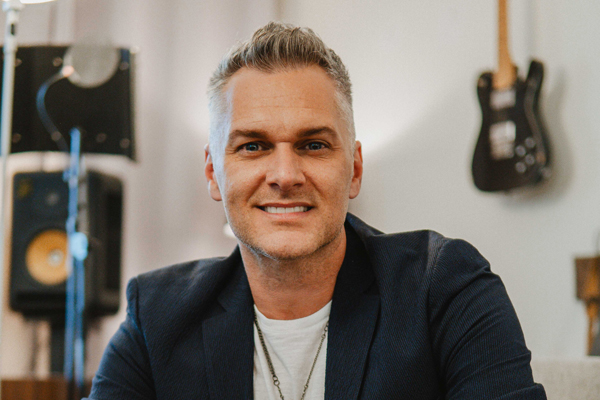 Born in Myrtle Beach, South Carolina, Grammy and ACM nominated (2021) songwriter Shane Stevens, grew up in a house filled with country, pop, R&B, Christian, and beach music. In 1996, he moved to Nashville with his best friend and co-writer Karyn Rochelle to fulfill his dream of becoming a professional songwriter.

Shane achieved his first Billboard #1 on the Hot Country Songs chart in 2010 with “American Honey,” performed by Lady A and co-written with Hillary Lindsey and Cary Barlowe.

Shane’s most recent accolades include writing Walker Hayes’ 2021 singles “Fancy Like” and “Make You Cry”, “Crazy For You” by Universal Japan’s rising pop star Mizki and selling a Country music musical movie to Paramount Pictures in 2019 where Shane was responsible for writing all original compositions associated with the musical alongside childhood friend Karyn Rochelle. 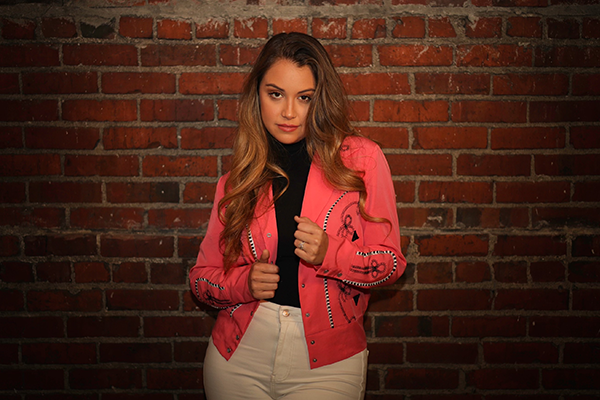 The coffee-making, sing-along videos and Facebook Live Streams that got millions of people through the Covid-19 quarantine put Alexandra Kay on the map. Generating millions of plays weekly on her videos and chart-topping original music she commands the attention of country music fans. With a voice reminiscent of Dolly Parton, Alison Kraus and Lee Ann Womack, she brings country music back to its roots.

Luke Dick was raised in a topless bar and grew up to be a philosophy professor; now he's a songwriter, filmmaker, a producer and alternative rock bandleader, in no particular order. He has been profiled in Rolling Stone, and has written chart-topping and award-winning hits such as Miranda Lambert's "Bluebird”, Dierks Bentley’s “Burning Man”, and Eric Church’s “Kill A Word”, among many others.

He also spent some time in NYC writing jingles for HBO’s Boardwalk Empire and Hilton hotels. His documentary film Red Dog premiered at SXSW Film Festival. When he isn’t songwriting or making film, he is the front man for a post-punk indie rock band Hey Steve. 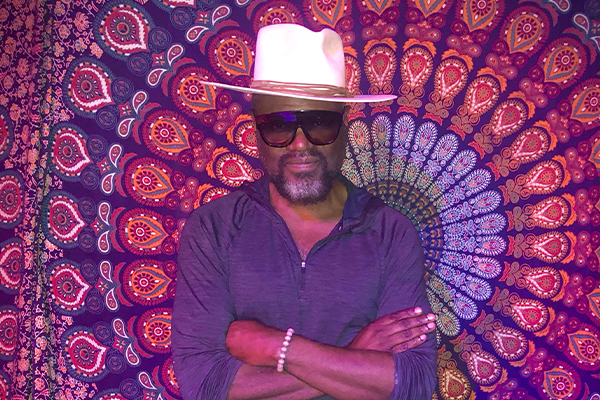 An 8-time Grammy award winning songwriter and producer based in Nashville, TN whose work has also garnered multiple Grammys and at least one OSCAR for the likes of Eric Clapton, Babyface, Bruce Springsteen, BlackSTREET, Bonnie Raitt, CeCe Winans and Israel Houghton to name a few.

His penchant for creating theme songs helped to drive acclaimed films such as the John Travolta blockbuster- “Phenomenon”, Tom Hanks and Denzel Washington’s ground-breaking hit film on the subject of AIDS- “Philadelphia” and Kevin Costner’s ode to baseball- “For Love Of The Game”. Sims’ music has also featured heavily in television from ABC network’s Emmy award winning “Grey’s Anatomy” to the FOX network’s mega-hit, “American Idol”.

Sims’ breakthrough song, originally written at the age of 16, “Change The World” was first recorded by Wynonna Judd and went on to become the final chart- topper for Eric Clapton as well as “Song Of The Year” at the 1997 Grammy Awards. This song would also take home Record of the Year and Best Male Pop Vocal Performance at the 1997 ceremony.

In 2000 Sims would reluctantly release an album of his own, through his own Positive Movement, Inc label partnership with Universal Records. This project entitled “Peace and Love” would feature his lifelong hero Stevie Wonder and go on to inspire 2 generations of musicians who now affectionately refer to Sims as something akin to an “Uncle” figure. In Sims’ own words “This life has been a real ‘Forest Gump’-like experience. No matter what variety of chocolate is in that box, I can only be grateful” 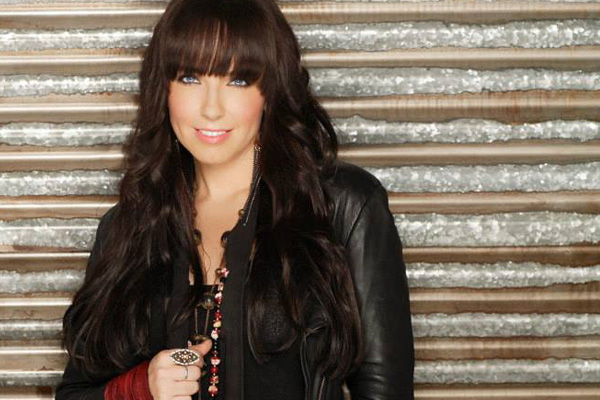 Her songs have been recorded by singers like Martina McBride, Trisha Yearwood and Runaway June to name a few. Also a founding member of the Loving Mary Band, who are currently backing up Steven Tyler of Aerosmith, Rebecca is the bassist and one of three vocalists. 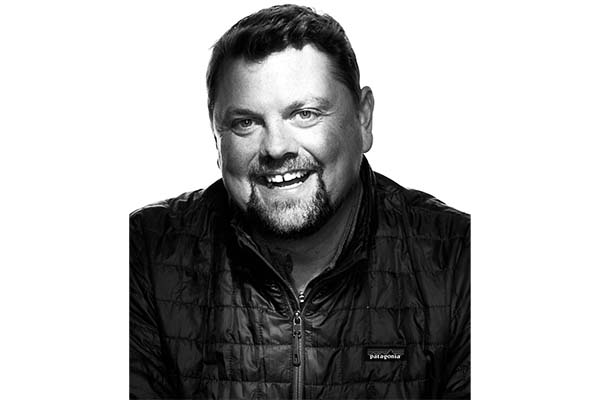 Storme Warren hosts the daily “Storme Warren Show” and “Hot 30 Weekend Countdown” on SiriusXM’s The Highway. His TV and radio career spans nearly four decades. Storme also hosts music festivals and other events around the globe. His is a recipient of the CMA Media Achievement Award and BMI’s inaugural Ambassador Award.