The Florida Keys and Florida Bay, one of the state’s last great unspoiled estuaries, has long been synonymous with the "silver king" of gamefish, Megalops atlanticus.

Tarpon can be found in the temperate and subtropical waters of the Atlantic Ocean and the Gulf of Mexico. These fish are prolific swimmers—tarpon tagged in Florida were later found as far away as Louisiana and South Carolina. This Florida fish species is also unique among sport fish because they can "roll" on the surface, "gulp air" and subsequently travel far into stagnant, brackish waters with little oxygen.

Tarpon can only be fished recreationally in Florida. In 1989, the state began charging anglers $50 for the right to kill and keep a tarpon, a trophy fish most people consider unsuitable for the dinner table. Prior to the passage of the "tarpon tag" law, anglers killed about 2,000 fish a year. Today, the state sells 300 to 400 tarpon tags annually, and about half of those are actually used by anglers. Limit two per day.

Our Florida Keys marina is hope to numerous Tarpon fishing charters, attracting ambitious anglers looking to hook the silver king. Our local fishing guides, including Mike O'Dell aboard the Right On, Jeff Malone of Tarpon Time, Mike Kasten of I’m Hooked and Mike O’Dell, with his 24-foot Yellowfin are masters of live-bait and fly fishing for Tarpon.

Anglers can cast live bait at schools of tarpon as they swim a few hundred yards off the beach. The fish sometimes travel in pods of 100 or more. Small groups are often observed swimming in circles, or "daisy chaining," a courtship ritual. When tarpon fishing, anglers search for these schools and try to lay their baits ahead of the pod. The small schools are notoriously skittish, and as a result, there is a strict code of conduct among those tarpon fishing the Florida Keys—if a boat is casting to a pod of fish, an approaching fishing boat moves quietly down the beach and awaits its turn.

Tarpon can grow to 8 feet and weigh 280 pounds. They are found throughout the estuaries and coastal waters of the Gulf of Mexico and Caribbean Sea and in the eastern Atlantic as far north as Nova Scotia. Tarpon are scavengers and will eat just about anything. Despite their large size, they feed on surprisingly small organisms, including mullet, ladyfish, pinfish, grunts, crabs, threadfin herring, scaled sardines and even catfish.

Tarpon, thick-bodied monsters with mouths like 5-gallon buckets, are known for their fighting prowess and jumping ability. Female tarpon are the larger of the species and can achieve lengths of 8 feet and weigh more than 350 pounds. Biologists believe some tarpon may live to be 60 years old. The largest tarpon on record was caught in 2003 off the coast of Africa and tipped the scales at 286 pounds. The largest tarpon caught in Florida weighed 243 pounds.

The migratory habits of this species, sought by sportsmen on Florida's west coast since the 1880s, have been the subject of much discussion. For decades, anglers knew tarpon gathered during the summer in places such as Boca Grande Pass to feed. Where they went afterward was anybody's guess.

In 2005, the Florida Fish and Wildlife Conservation Commission and Sarasota's Mote Marine Laboratory launched the Tarpon Genetic Recapture Study, which enlisted anglers to gather DNA samples while tarpon fishing - the fish were caught and released. To date, more than 100 genetically tagged tarpon have been recaptured.

In the summer of 2010, anglers were tarpon fishing in Charlotte Harbor and caught two tagged tarpon. They were caught again the following spring in the Florida Keys, about 150 miles away. A tarpon caught near Islamorada in July 2011 was recaptured about a month later near Sarasota, about 125 miles away. The research also shows fish hooked on the southwest coast will travel as far as the Panhandle. A tarpon caught near Apalachicola in July 2007 was caught again near Captiva Island, about 285 miles away, in May 2009. 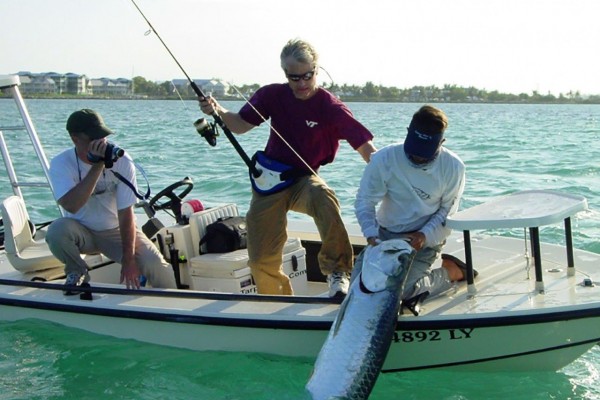 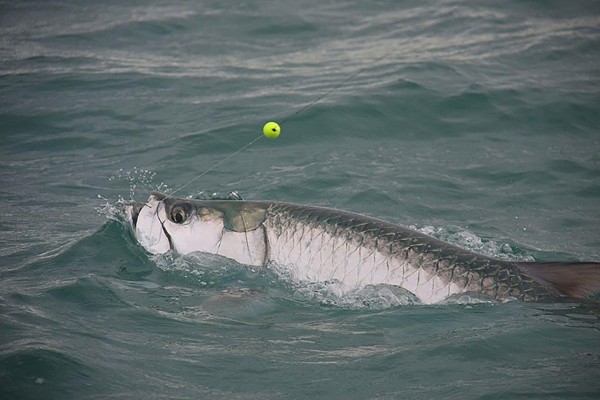 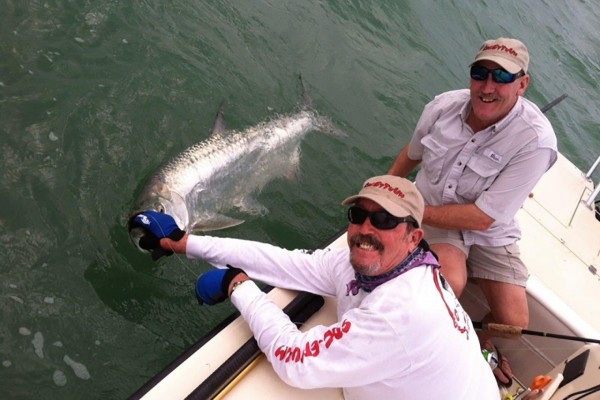 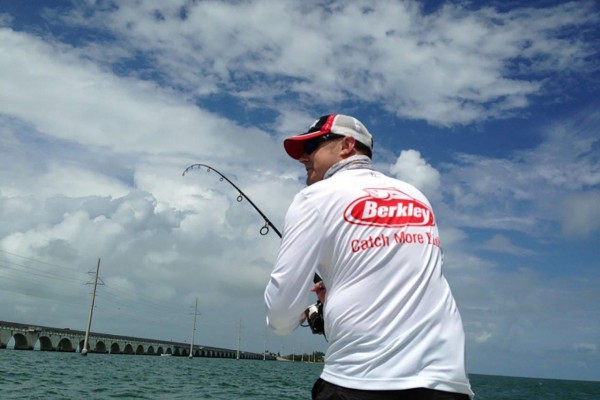