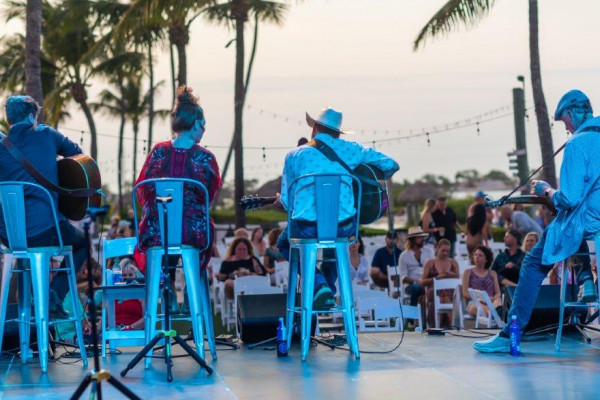 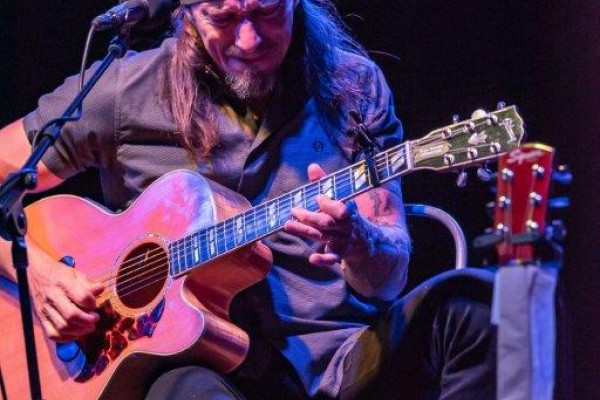 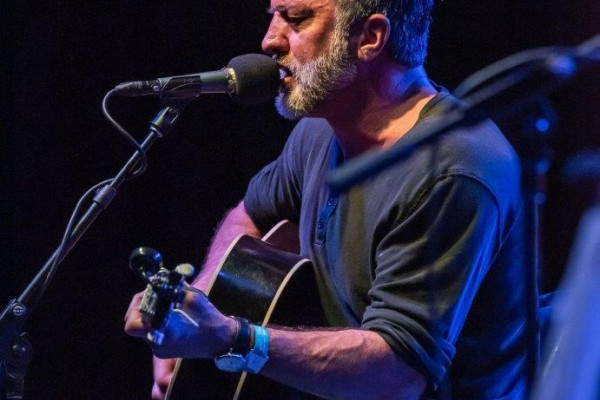 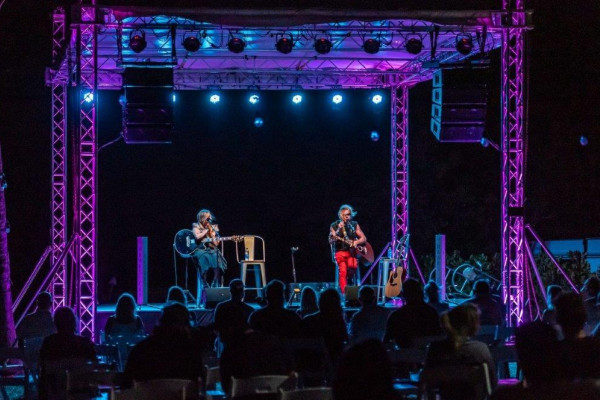 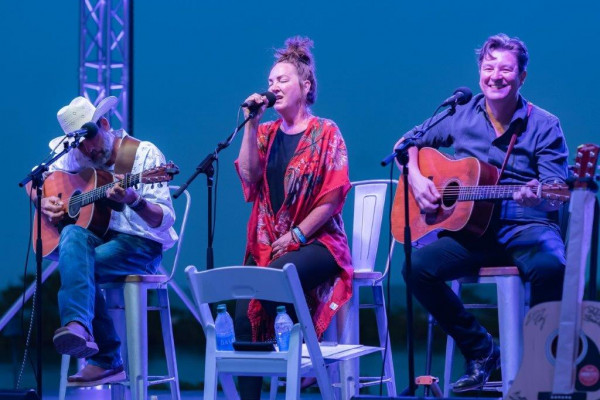 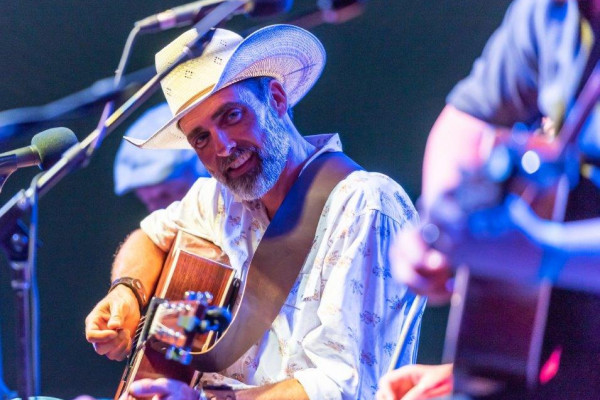 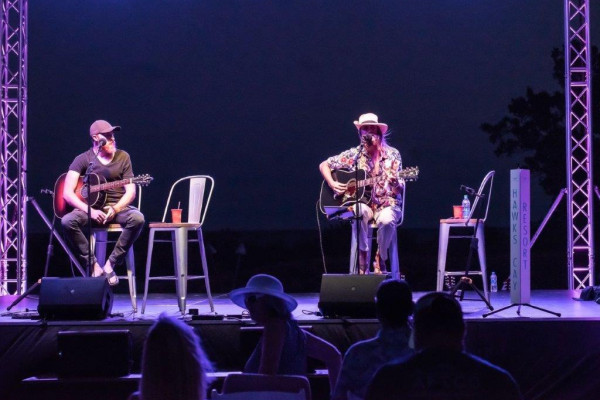 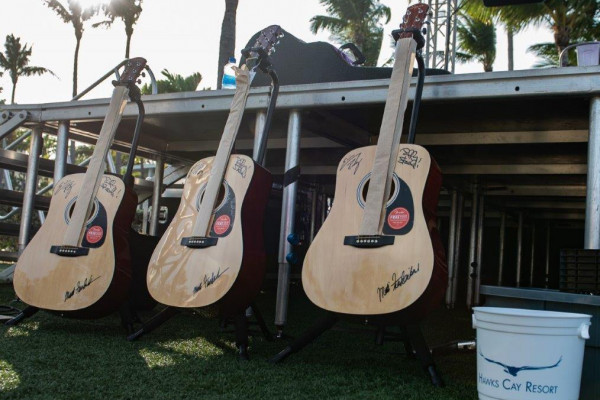 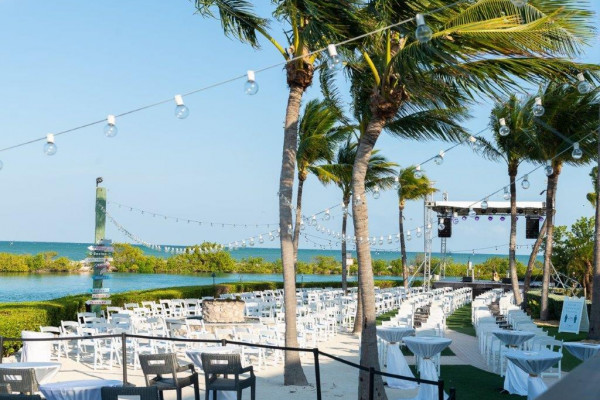 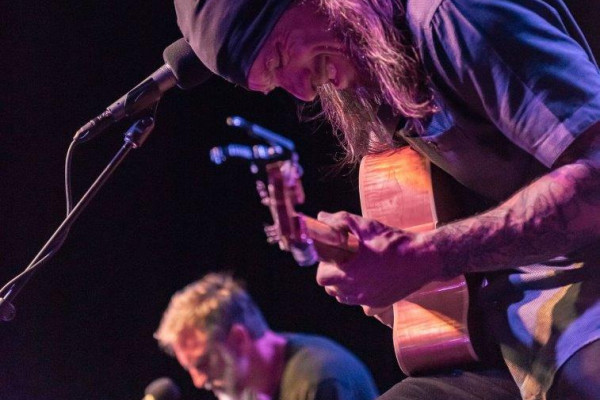 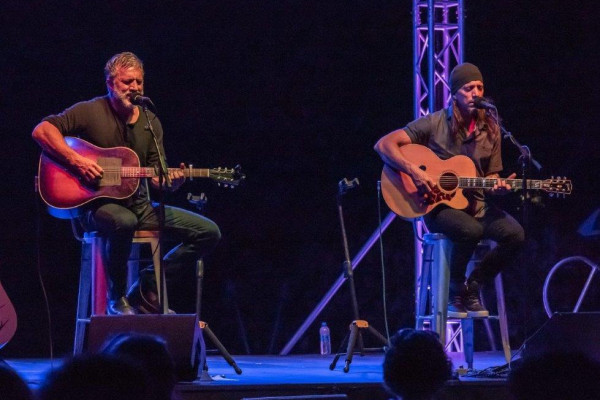 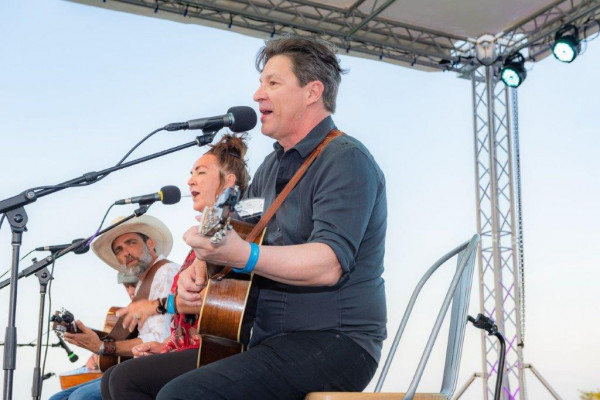 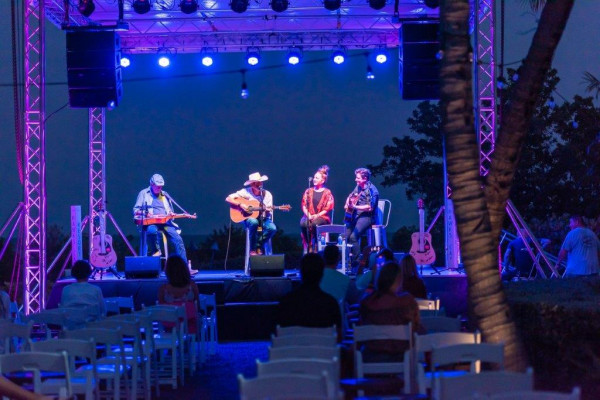 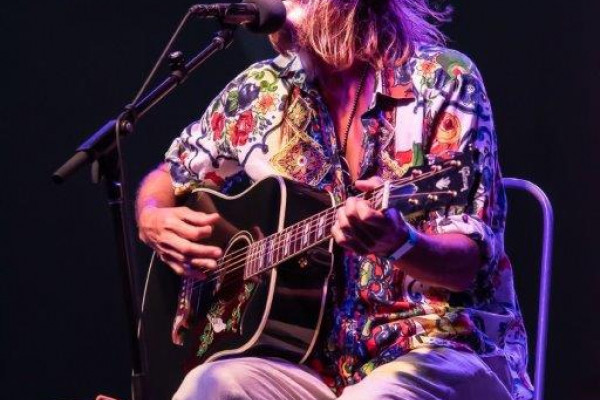 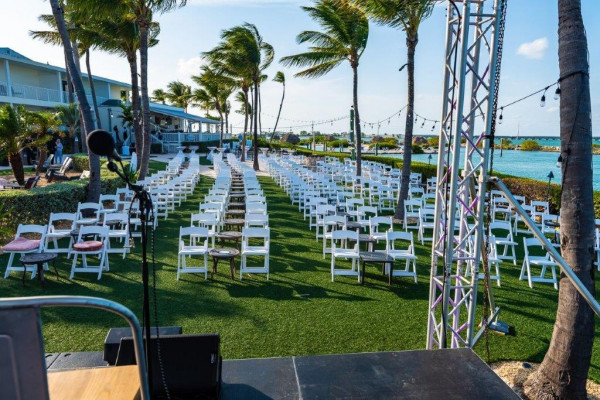 The Warren Brothers and Friends
Performed April 23rd and 24th, 2021 at Hawks Cay

The Warren Brothers are an American songwriting duo. They have written hits for Tim McGraw (“If You’re Reading This”, “Felt Good on My Lips”, “Highway Don’t Care”, “Thought About You”), Toby Keith (“Red Solo Cup”), Keith Urban (“Little Bit of Everything”), Faith Hill (“The Lucky One”), Martina McBride (“Anyway”, “Wrong Baby Wrong”), Dierks Bentley (“Feel That Fire”), Jerrod Niemann (“Drink To That All Night”), Jason Aldean (“Lights Come On”, “We Back”), Blake Shelton (“Every Time I Hear That Song”), Chris Young (“Sober Saturday Night”) and more.

Brad and Brett Warren started as recording artists in their hometown of Tampa, FL. They moved to Nashville in 1995 and in 1997 signed a record deal with RCA records. They made 3 albums for RCA’s sister label BNA Records; in addition, they had one independent release on 429 Records called “Well Deserved Obscurity.” During that time, they toured extensively as an opening act for Tim McGraw and Faith Hill, as well as opened for many other artists. As artists, they have had 7 Billboard Top 40 hits. McGraw took an interest in their songwriting and since then has recorded over 30 of their songs.

They were both celebrity judges on the 2nd season of “Nashville Star.” In 2005 and 2006, they had their own reality series on CMT called “Barely Famous, The Warren Brothers.” Their sense of humor has landed them as part time radio personalities, and they’ve even had a few film cameos. They were CMA nominees for Duo of the Year for 6 straight years and had Grammy nominations for Song of the Year (“If You’re Reading This”) and a CMA Song of the Year (“Anyway”). In 2013 the duo won a Daytime Emmy for Outstanding Original Song for 'Good Afternoon America,' the theme song for the ABC program 'Good Afternoon America’ which they co-wrote with Little Big Town. 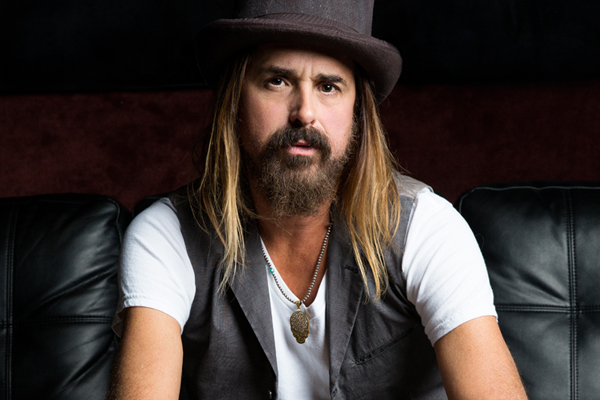 Marti Frederiksen, a native of Los Angeles, started his career as an artist playing drums, guitar and singing lead vocals in several

signed alternative and rock bands in the 80s and 90s. Over those years in bands he stood out as a songwriter and producer, catching the attention of legendary A&R executive, John Kalodner, who introduced him to his now longtime collaborator, Aerosmith. He co-wrote and produced “Just Push Play” also giving him his first taste of worldwide songwriting success with “Jaded.” This paved the way for writing with Def Leppard and Mick Jagger, then producing “Cry” by Faith Hill, and working with Sheryl Crowe, Pink and Eminem. He’s now an award-winning songwriter/producer crossing all genres with hits such as: Ozzy Osbourne’s “Dreamer,” “Sorry” by Buckcherry, “Love Remains the Same” by Gavin Rossdale, Carrie Underwood’s “Undo It” & “Mama’s Song,” and “Crawling Back to You” by Daughtry. Marti currently resides in Nashville where he continues to write, produce and perform. He is a lead singer for The Loving Mary Band, backing up artists like Gretchen Wilson and Steven Tyler.
Check out Marti Fredrickson on Instagram 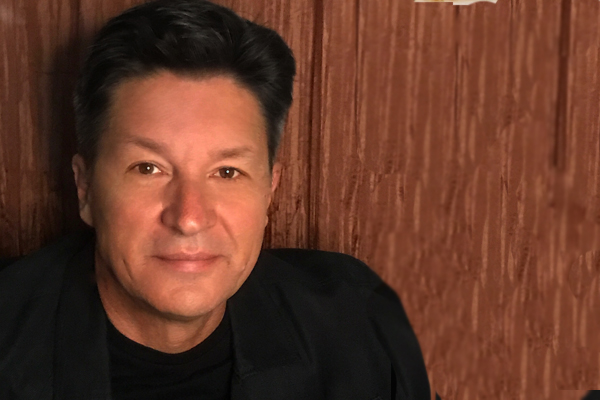 Kenny Chesney, Brooks & Dunn as well as multiple Bluegrass artists have brought Ronnie's originals to #1. In addition to Kenny Chesney and Brooks & Dunn, Ronnie has seen continued songwriting success with songs recorded by such artists as Wynona Judd, Jake Owen, Lee Ann Womack, Dan Seals and many others including 3 songs recorded on Chris Stapleton’s multiplatinum selling album “Traveller “. The single “Nobody To Blame” won him the ACM award for “Song of the Year”. The album received the ACM and CMA award for “Album of the Year” as well as a Grammy award for “Country Album of the Year”. As an artist, Ronnie has been awarded IBMA's Male Vocalist of the Year, Song of the Year, Album of the Year, Gospel Performance and Recorded Event of the Year multiple times for each. As a vocalist Ronnie has recorded with various artists including, Alan Jackson, Alison Krauss, Vince Gill, Ricky Skaggs, Lee Ann Womack, Del McCoury, Chris Stapleton, and John Fogerty to name a few. When Ronnie's not on the road, he resides in Nashville TN where he's still writing songs and living the life.
Check out Ronnie Bowman on Instagram 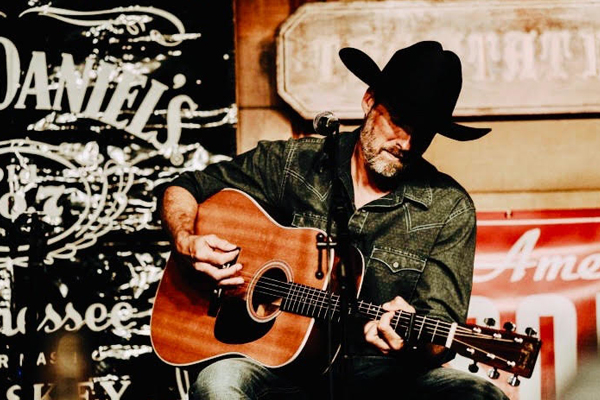 Born in Panama City, Florida, Clint Daniels is an American country music singer and songwriter. He was signed as a solo artist with

Arista Nashville in 1998. There, Daniels released four songs, two of which charted on Billboard’s Hot Country Songs. In 2003, Daniels signed with Epic Records but never released an album. Having already co-written his first Number One single for Joe Nichols (Brokenheartsville), he focused his career on songwriting and has been primarily known for his songwriting and performing at showcases across the country. As a BMI award-winning songwriter, Daniels has co-written Number One singles for Joe Nichols, Montgomery Gentry (Roll With Me) and most recently, Eric Church (Some Of It). His songs have helped shape country music for almost 20 years and have been recorded by George Strait, Alan Jackson, Brooks & Dunn, Clay Walker, Easton Corbin, Jon Pardi, Brandy Clark and other country acts. In 2019, Daniels signed a co-venture publishing deal with BMG and Porch Light Music. In 2020, he was both nominated for a Grammy (country song of the year) and an ACM for the song, Some Of It.
Check out Clint Daniels on Instagram 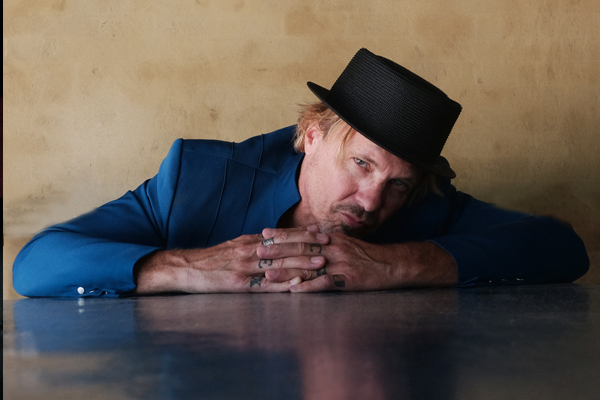 Five time Grammy Nominee, Jeffrey Steele has been recognized by BMI for over 65 million airplays for hits he penned for a

multitude of artists including Keith Urban, Eric Church, Zac Brown Band, Jimmy Buffett, Montgomery Gentry, Lynyrd Skynyrd, Cher, .38 Special, Faith Hill, Tim McGraw, Trace Adkins, LeAnn Rimes, Rascal Flatts and Van Zant, Joe Cocker, Little Feat ft. Bob Seger, Joe Bonamassa, Cascada and more. Among his many accolades over the past few years, Jeffrey Steele has been named to the Nashville Songwriters Hall of Fame, honored by the Country Music Hall of Fame as a Poet and Prophet, twice awarded BMI Songwriter of the Year and thrice the Nashville Songwriters Association International (NSAI) Songwriter of the Year. CMA has twice awarded him the coveted “Triple Play Award” for three No. 1 songs in a year. His country and A/C mega-hits include a string of chart toppers including: “Raise ‘Em Up”, “Knee Deep”, “Here,” “My Wish,” “The Cowboy In Me,” “These Days”, “My Town”, “Something to be Proud of”, “Everyday” and the groundbreaking “What Hurts The Most,” nominated for Best Country Song at the Grammy Awards. Additionally, he has won over 35 BMI Country and Pop awards, was nominated for a Golden Globe and Critic’s Choice Award for Best Original Song “I Thought I Lost You” for the Disney/Pixar animated feature BOLT, performed by Miley Cyrus and John Travolta, been named one of Billboard Magazine’s top 5 writer’s 8 years in a row, as well as Music Row Magazine’s Songwriter of the Year Award. Steele’s latest album features performances with Vince Gill, Emmylou Harris, Jamey Johnson, John Rich and others.
Check out Jeffrey Steele on Instagram 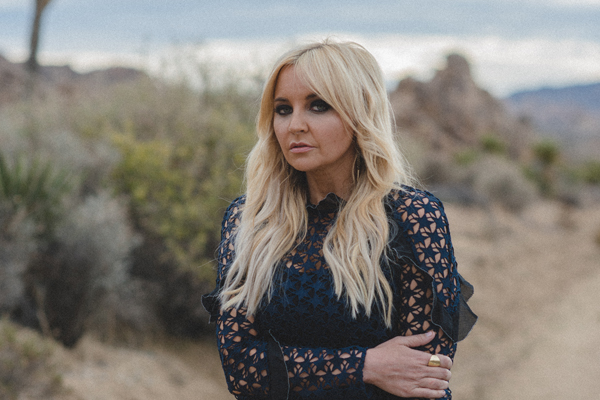 Heather Morgan is a singer/songwriter from Richardson, Texas that has carved out a place of her own among Nashville’s

Heather Morgan is a singer/songwriter from Richardson, Texas that has carved out a place of her own among Nashville’s songwriting elite. She is a co-writer behind #1 singles: “Beat of the Music, “Lose My Mind,” and “Love Someone” sung by Brett Eldredge. She has also written songs released by Kenny Chesney, Keith Urban, Martina McBride, Dierks Bentley, Maren Morris, Lindsay Ell, Cole Swindell and more. Heather won the 2015 BMI Song of the Year award for “Beat of the Music” and was named one of Music Row’s Top 100 Songwriters of 2019. Her debut album, Borrowed Heart (2018), introduced Heather to the world as a complex artist who sings like she writes: clear and strong, with a soft, hard-won emotion. Produced by Grammy nominee Paul Moak, Borrowed Heart is noted as a stunning collection of moody pop songs layered under Morgan’s winsome country soprano earning her a nod from The New York Times as an artist to watch in 2019. Heather is a co-founder of Girls of Nashville, a female driven movement started in 2014 with artists Caitlyn Smith and Maggie Chapman to bring female talent together in Nashville and beyond to seasonally share a stage. The Girls of Nashville shows have continuously sold out and garnered features in Time Magazine, People magazine, and a Sunday morning segment on the “Today Show.” Heather has toured with Scotty McCreery, Jimmie Allen, Little Big Town, and Willie Nelson. In 2019, Heather debuted on The Grand Ole Opry, and made her first appearance on the Ryman Stage in 2020.
Check out Heather Morgan on Instagram 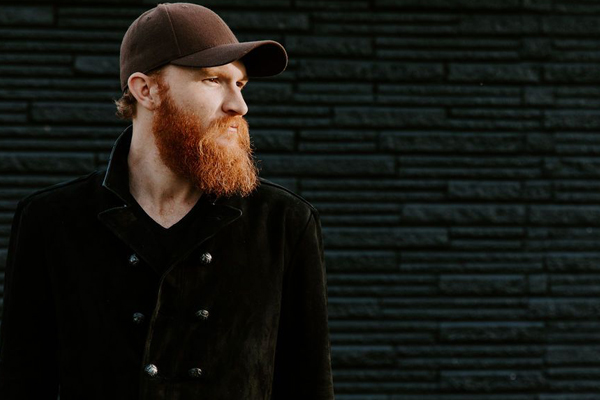 With the celebration of five No. 1 hit singles with four of those ranked among the “Top 100 Songs of the Decade” by Country Aircheck including the #1 spot on their decade chart with “Barefoot Blue Jean Night,” as recorded by Jake Owen. The Temple, Texas native has earned numerous songwriter award nominations including GRAMMY’s Best Country Song, ACM’s Song of the Year twice and the CMA Song of The Year as well as an artist GRAMMY nomination for Best Country Duo/Group Performance for “The Driver”- a collaboration with friends Charles Kelley and Dierks Bentley. A true artist’s artist USA Today calls Paslay “flat out-brilliant” and American Songwriter names him an influencer of country music.
Check out Eric Paslay on Instagram