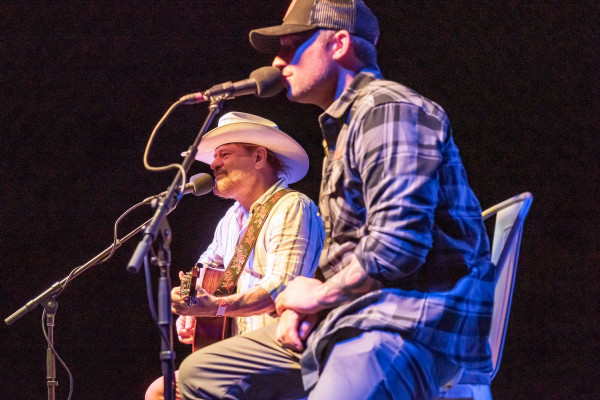 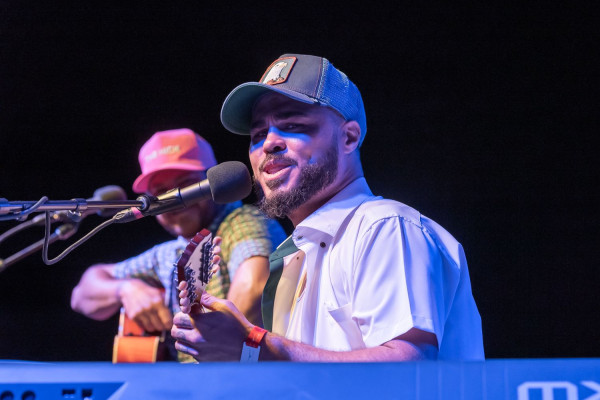 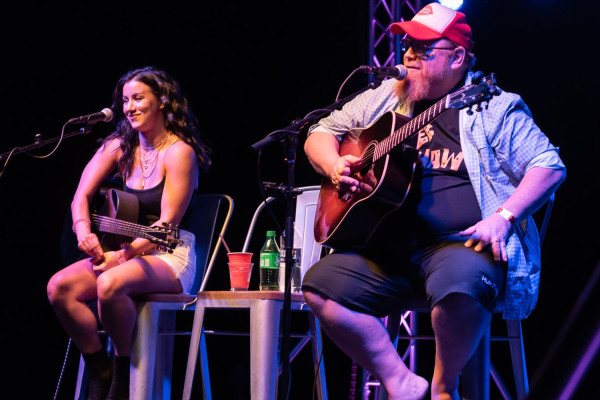 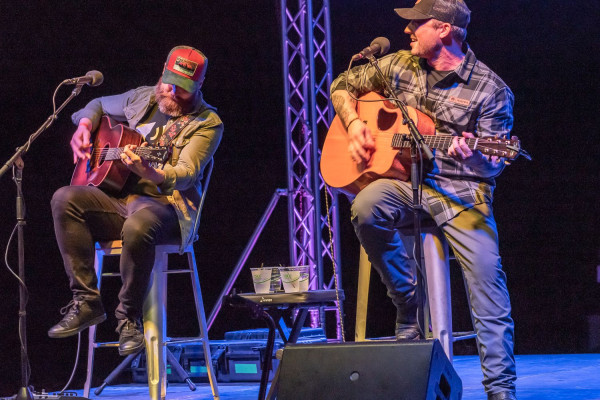 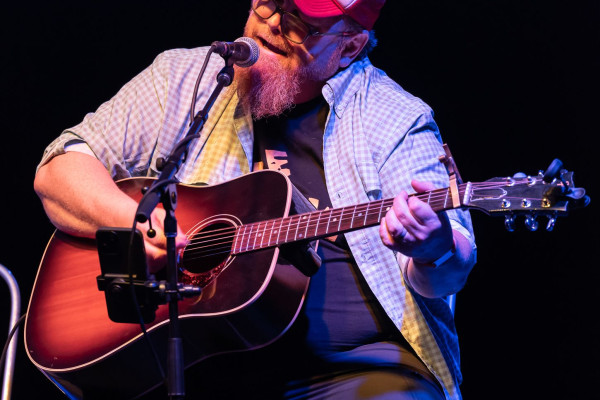 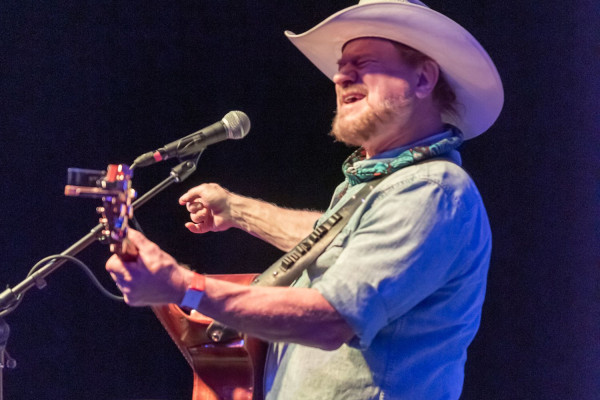 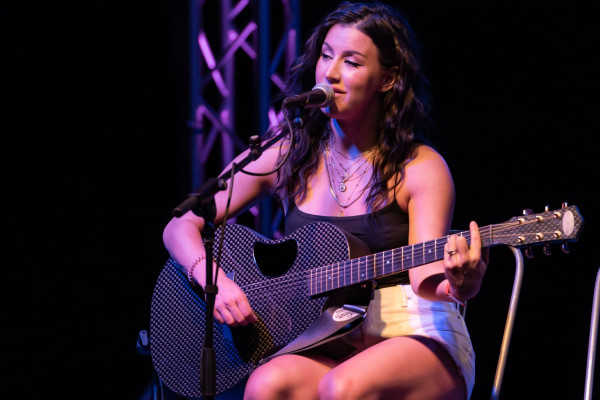 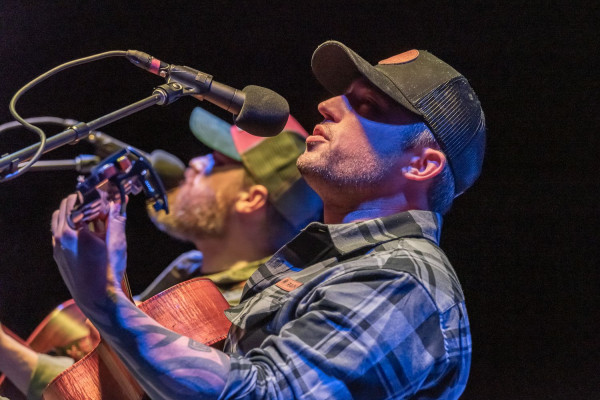 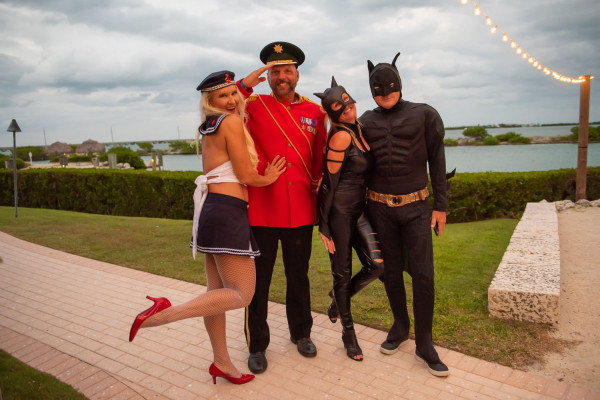 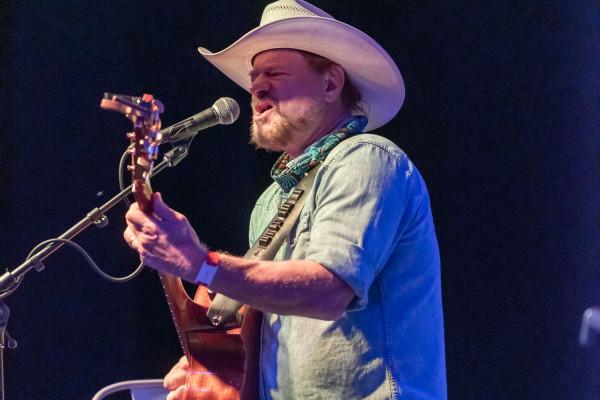 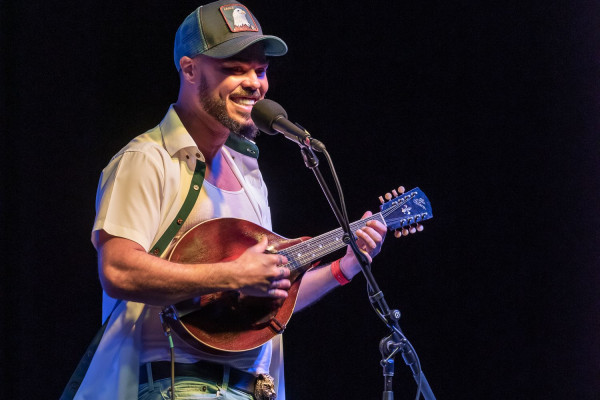 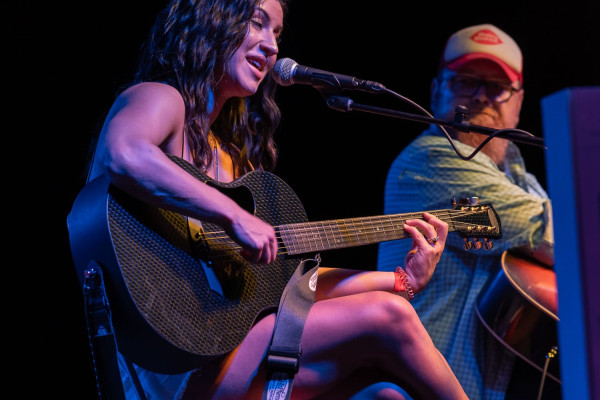 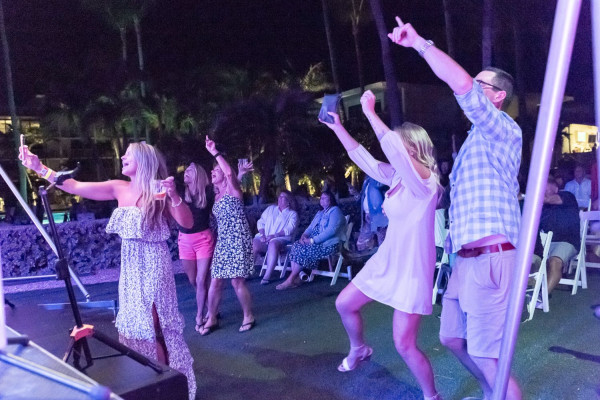 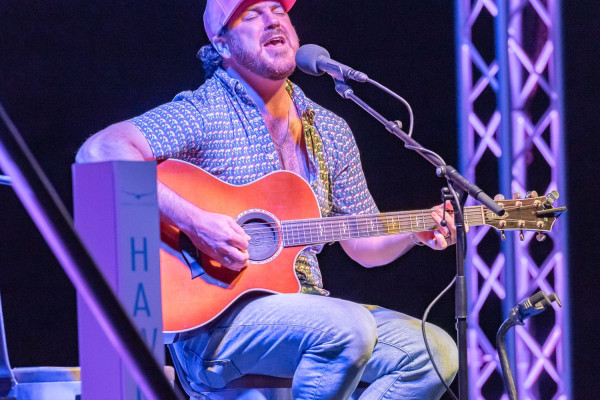 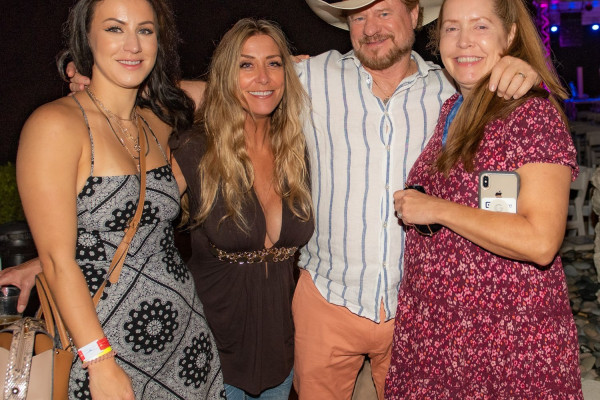 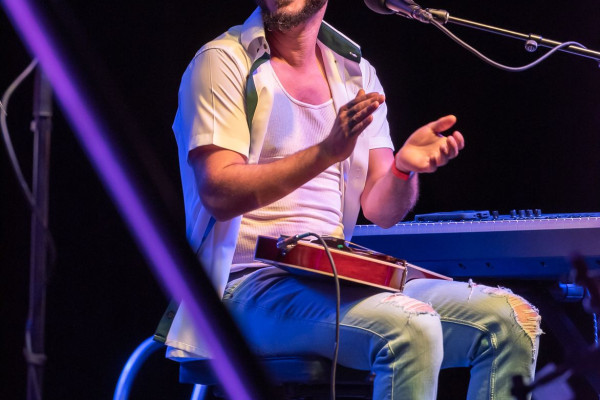 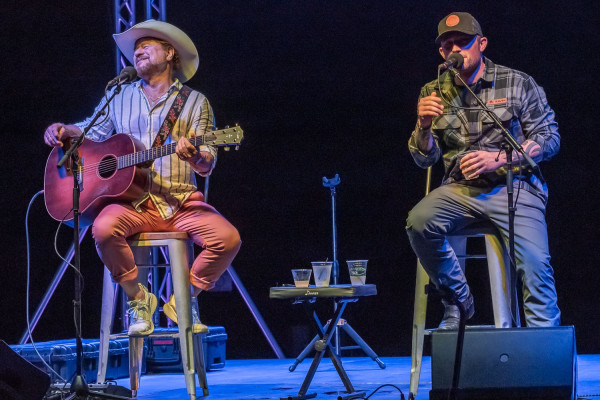 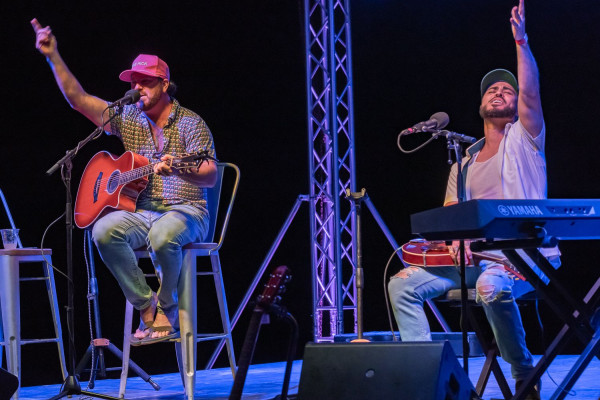 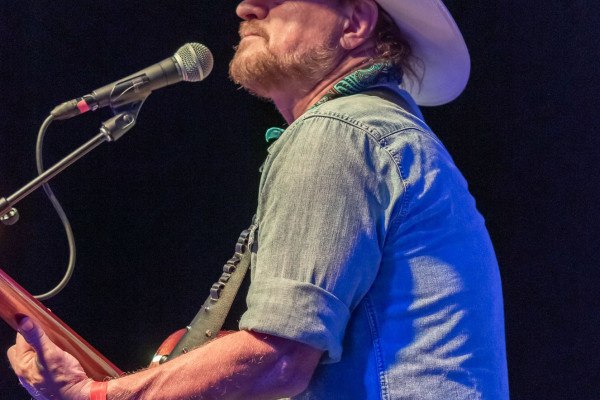 For Michael Ray, music is his grandfather singing and sweating on a rural Florida stage. It’s the childhood refuge he found during the pain of his parents’ divorce. It’s family and stories, history and hope. Ray says music saved him, but it did even more: Music made him.

In four short years, Ray has built an impressive foundation. Three No. 1 songs – “Kiss You in the Morning,” “Think a Little Less,” and “One That Got Away” – plus “Get to You” and “Her World or Mine,” brings his tally to five Gold-certified singles. The poignant “Her World or Mine” from his sophomore album Amos also produced a video that has captured more than 26 million YouTube views since its debut less than a year ago.

Now, two hit albums into that all-too-rare blend of critically acclaimed and commercially successful career, Ray has released “Whiskey and Rain,” the first single off his Higher Education EP, set for release Aug. 27, was produced by GRAMMY-nominated song whisperer Ross Copperman. Proof that heartbroken wallowing can feel good if it swings, “Whiskey And Rain” has surpassed 38 million streams since its release, cementing Ray as the ideal bridge between vintage country cool and modern country’s best sounds. In 2021 Ray’s 21-stop Just The Way I Am Tour, wrapped at Tortuga Music Festival including performances at Hawks Cay Resort October 29th and 30th. 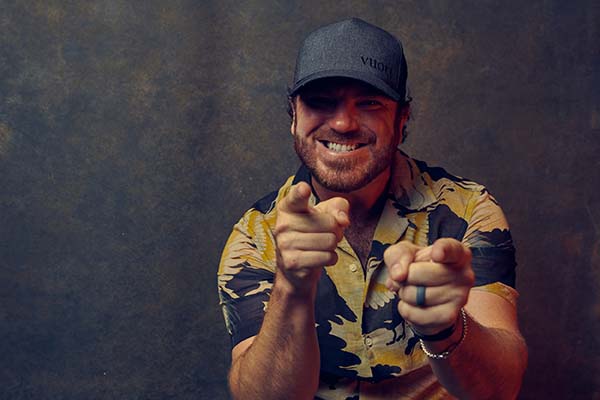 Born in Mobile, Alabama, and educated (socially at the very least) at The Florida State University, Tyler’s down home sensibility, attitude and humor come across in his songs and through his live performances.

Always a storyteller, songwriting fits quite naturally for Reeve. “I’m a song guy; I love songs, I love stories, I love the ride music can take you on.” Tyler’s performance are riddled with stories – usually funny stories – about inspiration for his songs, having a few too many, and even spending a night or two in jail.

Reeve has had his hand in writing some of country music’s biggest songs of the last few years, including the 2018 BMI Song of The Year, “In Case You Didn’t Know” (Brett Young), and multi-week #1 & XM The Highway’s 2020 Song of The Year, and ACM Musical Event of The Year nom, “Does To Me” (Luke Combs featuring Eric Church). Other notables include “Whiskey On My Breath” (Love & Theft), “Where I Go When I Drink” (Chris Young), and “I Got Away With You” (Luke Combs). 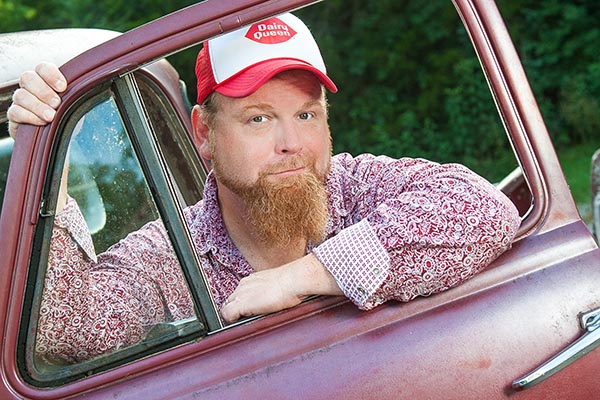 Born of triumph and tragedy, Bobby Pinson's songs embody the power and integrity to take them across the width of today's musical landscape.

Real-life situations, personal mantras, and the examination of the human condition, all find a place in Bobby's diverse material he often describes as a mixture of gutter and grace.

In 2005, the Panhandle Texas native released his debut album, Man Like Me, on RCA Records which was one of the most critically acclaimed records of the year. An effort hailed by USA Today and Entertainment Weekly as Nashville’s cream of the crop, Man Like Me, landed on Blender Magazine’s top fifty list of all records in all genres, as well as numerous year-end top ten lists. Pinson’s hit single, ”Don’t Ask Me How I Know” lead the way for what has come to be considered by many as one of the best records recorded in the last twenty years. 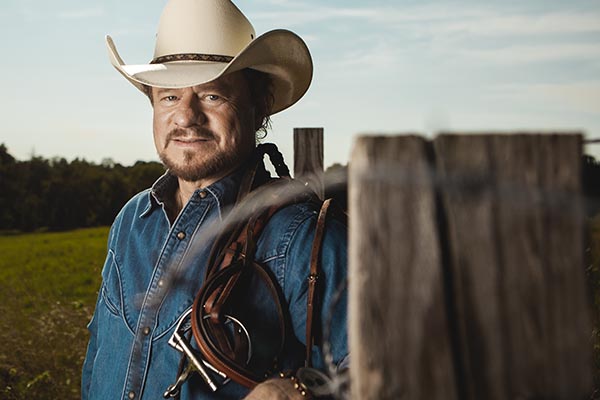 In 2018, Paul released his latest album, Somewhere in the Caribbean. He received the TRMA award in October of 2020 for "Song of the Year" for the title cut. His new single, "Wine, Sunshine, and An Ocean" was just released this fall and will be followed with his 2nd "Beach" CD. 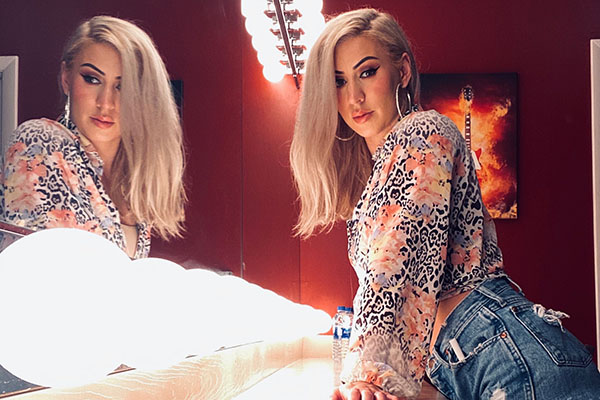 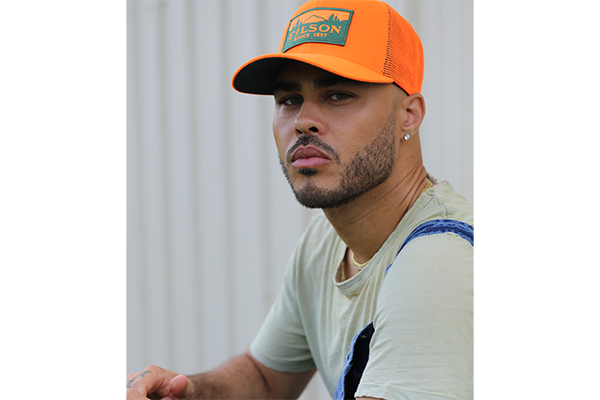 Songwriter, artist and producer Shy Carter has reached all corners of the industry with his early success.

With credits that span Kane Brown’s “Heaven” to Charlie Puth’s “One Call Away,” Carter is one of the most formidable up-and-coming talents in Nashville and beyond. He is among the writers behind Billy Currington's “It Don't Hurt Like it Used To,” Sugarland’s smash hit “Stuck Like Glue” and Rob Thomas’ single “Someday.” In addition to his feature on Tim McGraw’s “Way Down,” Carter has collaborated with Keith Urban on both “Never Comin’ Down” and “My Wave.” Named to Variety’s 2018 Hitmakers list, he has also worked with Jason Derulo, Meghan Trainor, Jamie Foxx, Jennifer Lopez, Nelly and more. His roots in gospel, jazz, R∓B and soul developed into an early career in hip-hop, but his gift for storytelling and love of organic instrumentation led to a natural transition into country music. Now, with a transcendent style perfectly suited to the times, he’s ready to stand on his own as a country artist. With its earthy groove, laid-back beat and unflagging spirit, Carter’s “Good Love” served as a fitting introduction to the man behind the music and was featured in the Hallmark Channel’s “Spring Fling” movie trailer. The born entertainer made his TODAY debut this spring and has been named a 2021 Artist to Watch by Amazon Music, MusicRow magazine, Pandora, Sounds Like Nashville and more. Now it’s time to grab a cold one and turn up Carter’s rocking country anthem “Beer With My Friends” feat. Cole Swindell and David Lee Murphy. Cheers!