Fishing charters go after the ultimate challenge—swordfish. Powerful and elusive, swordfish are the deep sea fishing catch of a lifetime. These solitary predators hunt in the rich waters around the Florida Keys and usually aren’t picky about their bait. Be ready for a battle if you land a swordfish. Unlike the other broadbills (sailfish and marlin) swordfish live and hunt at deep depths and require deep drop fishing techniques or night fishing. Swordfish are a serious catch that will put up exciting, hours-long battles.

The rich waters off the coast of the Florida Keys are swordfish breeding grounds. These large predators forge in cold, deep sea waters. It’s possible to land a swordfish any time of year although fall tends to be the best season to make a catch.

The Florida Keys are a natural launching point for deep sea fishing in search of swordfish. Close to the deep waters that swordfish prefer, the Keys are a well-known spot for this trophy fish that is always on the move.

The Hawks Cay Marina has several offshore boats that target blackfin tuna, wahoo, sailfish, swordfish and other pelagic species. The Tailwalker is a full-cabin, air-conditioned sportfishing boat that can accommodate parties of six. It’s fully rigged with top-of-the-line electronics and modern tackle and is led by the expertise of Managing Capt. Dave Shillinger. It has all the tools onboard for a memorable day of catching trophy fish in the Florida Keys.

Swordfish, or Xiphias gladius, average 9.8 feet (3 meters) in length and 200 pounds (90.7 kilograms) and are among the top prized deep sea trophies. The world record swordfish weighed 1,182 pounds (536.15 kilograms) and was caught in Iquique, Chile on May 7, 1953. Swordfish are known to have a mean temper and to put up a fight, even attacking boats on occasion. Landing one requires heavy equipment and expert knowledge.

The trademark long, sword-like bill of the swordfish is not used for spearing prey but instead to hit and stun. Found in tropical and temperate waters world-wide, this solitary fish is the only one in its family, Xiphiidae. Swordfish do not school, but they will sometimes congregate in loose groups. They also enjoy basking in the sun and will occasionally breach the water to dislodge parasites.

Swordfish prefer very deep, cold water during the day, and at night, they hunt closer to the surface. As opportunistic feeders, swordfish aren’t picky about bait. Highly migratory, swordfish are found worldwide in tropical and temperate oceans. All that movement can make them elusive but catching sight of a swordfish basking in the sun near the surface or breaching the water in a burst of speed is truly incredible. 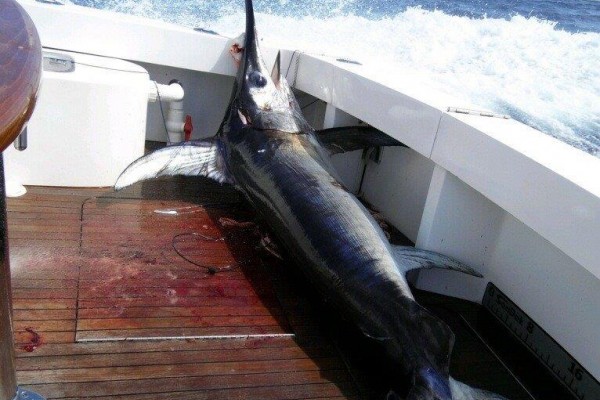 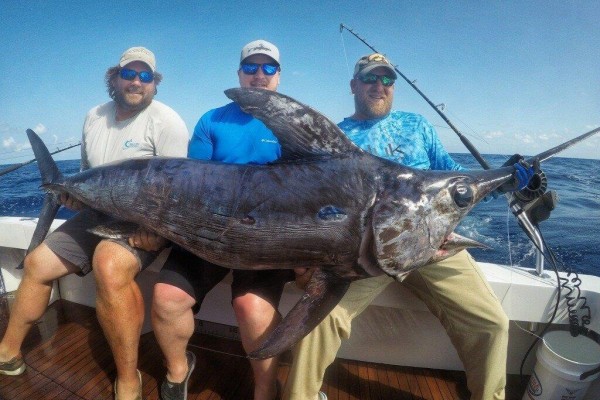 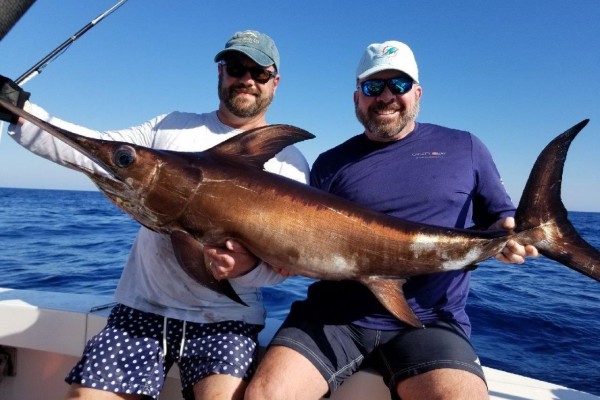 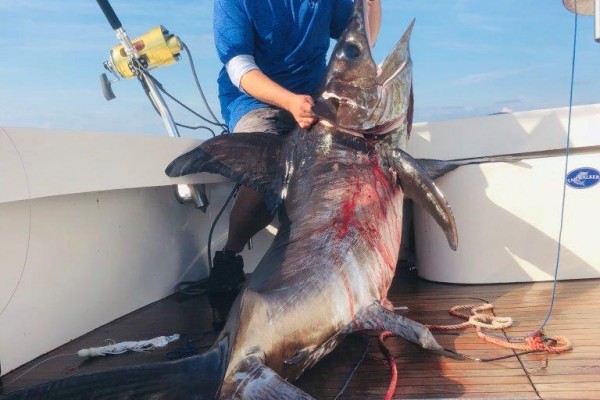 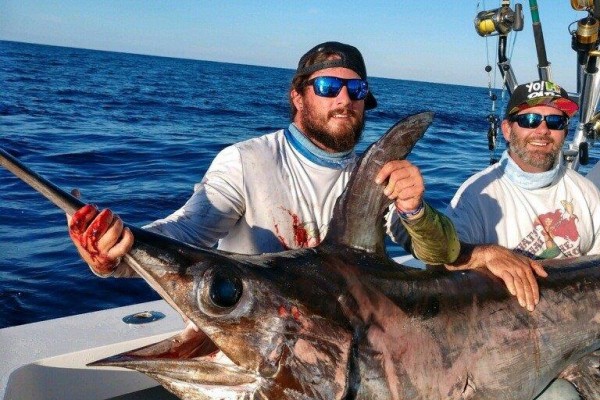 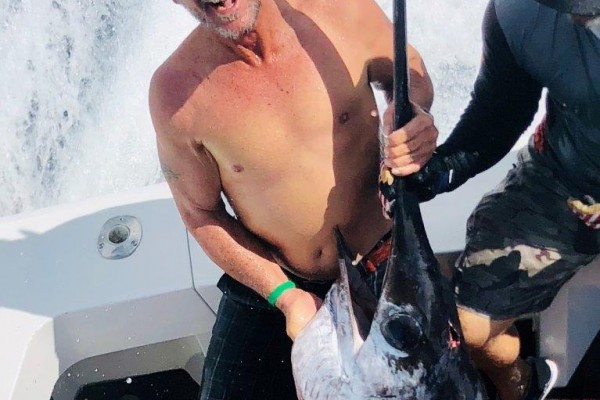 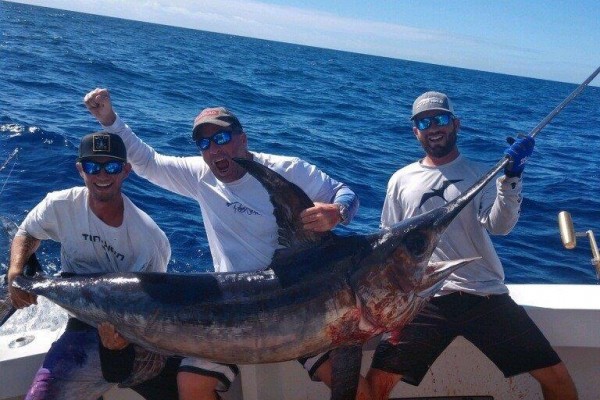 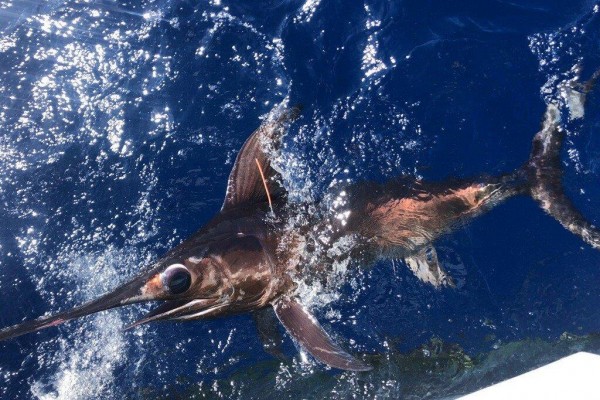 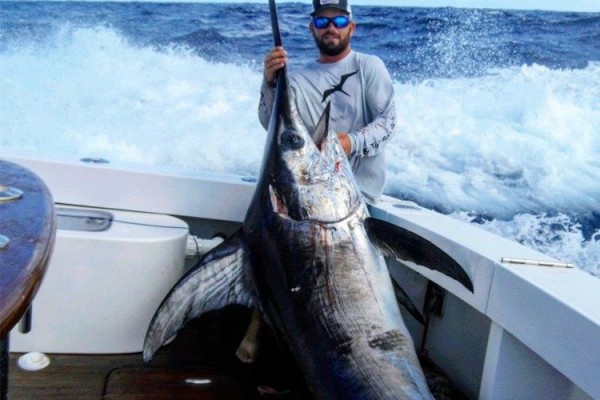 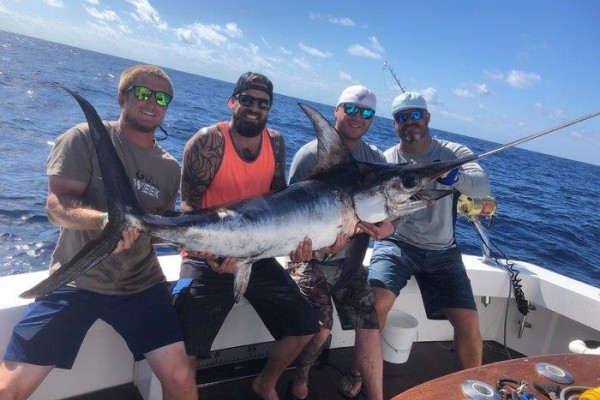 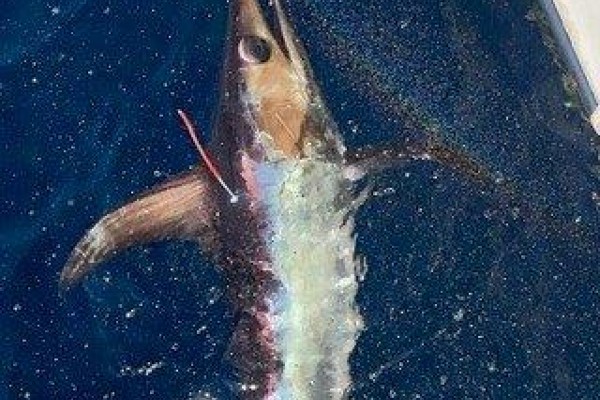 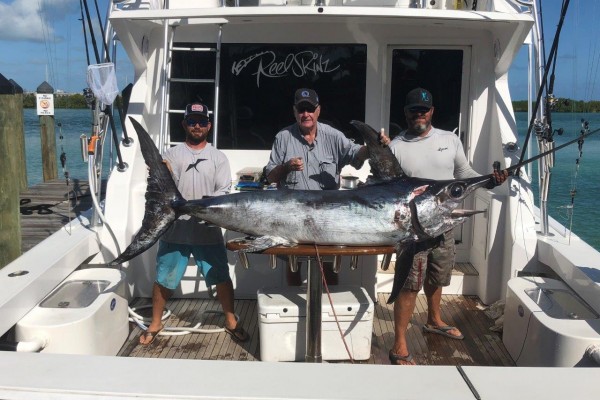