Tuna fishing charters reel in the challenging blackfin tuna. Pound for pound, the blackfin tuna could be called the middle weight champion of Florida Keys fishing. These open ocean predators are strong, fast and capable of long, drag-melting runs.

The Florida Keys have long been known for tuna fishing charters, thanks to a unique geological feature in the offshore environment called The Humps. These seamounts, or underwater mountains, rise more than a thousand feet off the ocean floor, triggering a natural upwelling of nutrient-rich seawater that in turn attracts baitfish and the open-sea predators that feed upon them.

Without The Humps, blue-water fishing in The Keys would not be the same. The underwater topography is what makes this region ground zero for big game fishing the mainstay for many Florida Keys outfitters. On the west coast of Florida, anglers often look for this small tuna near shrimp boats.

The captains who work out of the Hawks Cay Marina on Duck Key get their share of purists who come south in the late winter and spring just for tuna fishing charters. But if you time your trip right, you can also get in a little dolphin fishing which peaks in the spring and summer.

The Hawks Cay Marina has seven offshore boats that target blackfin, wahoo, sailfish and other pelagic species. The Tailwalker, Fasttrac, Gotcha and Final Final are full-cabin, air-conditioned sportfishing boats that can accommodate parties of six. But if you are looking for a little adventure, check out Into the Blue, a versatile 26 Hybrid, Snapshot, a center-console that takes up to six anglers or The Eagle Eye, a 26-foot center console. These offshore fishing charters fish everywhere the larger offshore boats travel.

Blackfin tuna, or Thunnus atlanticus, are found in tropic and temperate waters of the Western Atlantic and travel in schools like mahi mahi. This pelagic, schooling fish will often feed on the surface, slamming everything from live bait to artificial flies, making them the prey of choice for many light-tackle enthusiasts and Florida Keys fishing charters. The blackfin is found from Massachusetts to Rio de Janeiro and throughout the Gulf of Mexico, but the species seldom ventures into waters cooler than 70 degrees. Blackfin feed on a variety of small baitfish and squid, but be prepared for a battle royal because this fish is also a favorite food of legendary blue marlin.

One of the smallest of the tunas compared to the bluefin and yellowfin, the blackfin rarely reaches a weight of more than 30 pounds. A 30-pound blackfin is considered a great catch but bigger specimens have been caught in the Lower Keys. In fact, the world record blackfin tuna weighed 45 pounds 8 ounces and was caught in Key West on May 4, 1996.

Most charter boat captains prefer trolling for blackfin tuna because these feisty fighters will hit everything from skirted ballyhoo to silver spoons. But you will find this species anywhere in the water column, and as a result, can also catch them on butterfly jigs and live bait. Even anglers out grouper fishing have been known to hook blackfin tuna on flat lines as they bottom fished.

There are currently no size or bag limit regulations for blackfin tuna. 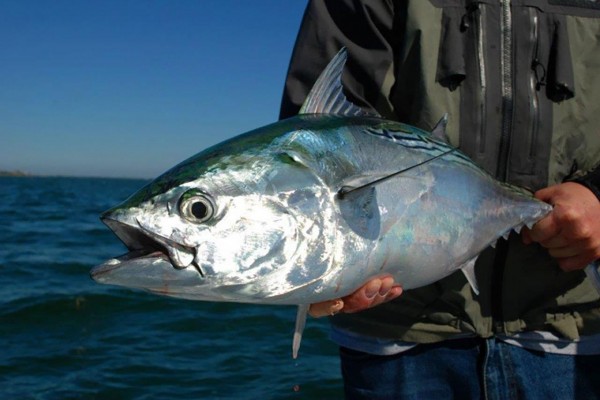 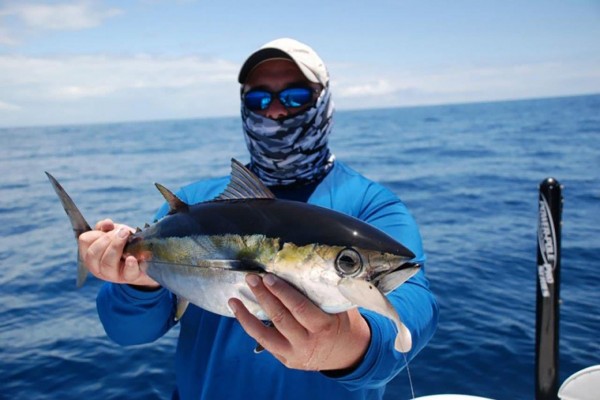 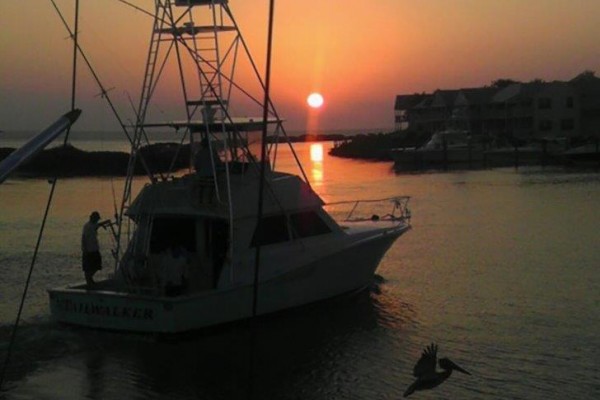 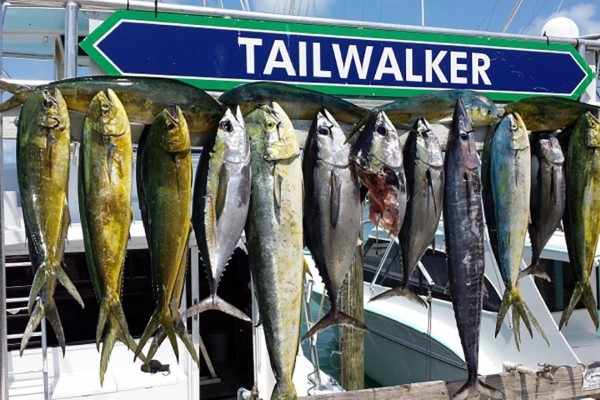