At Hawks Cay Marina, you can hook up with some of the finest charter Captains in the Florida Keys. Head out into the deep Atlantic on a rigged-to-the-max sportfishing yacht or aboard a fast and no-fuss open fisherman. Whichever you prefer, you’ll be in the hands of a local fishing fanatic, who knows how to get you on the trophies. Mahi Mahi, Wahoo, Sailfish, Tuna–they’re all here in the Keys, and our Captains know what’s biting and where they’re running.

The Florida Keys haven’t always been a destination for big game fishing. For decades, Florida Keys fishing guides never ventured too far from the near shore reefs. But Ernest Hemingway came along and changed how people went fishing in the Keys–legend has it that Hemingway liked to run his boat Pilar to Havana where he had a lady friend. Every time the author crossed the Gulf Stream, he hooked his share of Marlin, Sailfish and Blackfin Tuna in an area called The Humps.

These seamounts, or underwater mountains, rise more than a thousand feet off the ocean floor, triggering a natural upwelling of nutrient-rich seawater that in turn attracts baitfish and the open-sea predators. Without The Humps, big game fishing in the Florida Keys would not be the same. The underwater topography is what makes this region ground zero for Marlin, Sailfish and Tuna, mainstays for many Florida Keys outfitters.

Most blue-water hunters will target the true superstar of the Florida Keys, the legendary Blue Marlin. This open-ocean predator is a deep-sea hunter known for its epic trans-Atlantic migrations. The best time to target these monsters is during the spring and summer months, and unlike their cousins, the Swordfish, blue marlin hunt primarily during the day, using their long, sharp bill to slice through schools of fish.

"Anglers who target Marlin should expect a fight. Most fish take four to six hours to land. And there are some real behemoths out there. The Florida record tipped the scales at 1,0488 pounds and was caught near Panama City."

Many Florida Keys fishing charters target Sailfish, another offshore species found in the Gulf Stream beyond the 100 fathom line. A fast-growing species, Sailfish can reach a length of four feet in less than a year. Sailfish move inshore during the summer months, but peak fishing season is usually in winter and early spring when the water is a little cooler. The typical fish is in the 60- to 80-pound range. The state record, a 126-pounder, was caught near Big Pine Key.

Rounding out the big three of big game fishing in the Florida Keys is the mighty Swordfish. Swordfish are masters of the darkness, sometimes caught at depths up to 2,000 feet. Most fish are caught at night, however in recent years, many charter boat captains have been fishing for these fantastic sport fish during the day. The 612-pound state Florida state record was caught near Key Largo.

The captains who work out of the Hawks Cay Marina on Duck Key get their share of purists who head south just to catch Billfish. But anglers typically catch other species, including Blackfin Tuna and Mahi Mahi, on most Marlin and Sailfish trips.

Our Florida Keys marina has seven offshore fishing charters that will take anglers big game fishing. The Tailwalker, Fasttrac, Gotcha and Final Final are full-cabin, air-conditioned sportfishing boats that can accommodate parties of six. But if you are looking for a little adventure, check out Into the Blue, a versatile 26 Hybrid, Snapshot, a center-console that takes up to six anglers or The Eagle Eye, a 26-foot center console. These offshore fishing charters fish everywhere the larger offshore boats travel.

The blackfin can be taken on live or artificial baits. One of the smallest of the tunas, the blackfin rarely reaches a weight of more than 30 lbs. The Florida record, caught in the Keys, is 45.5 pounds. 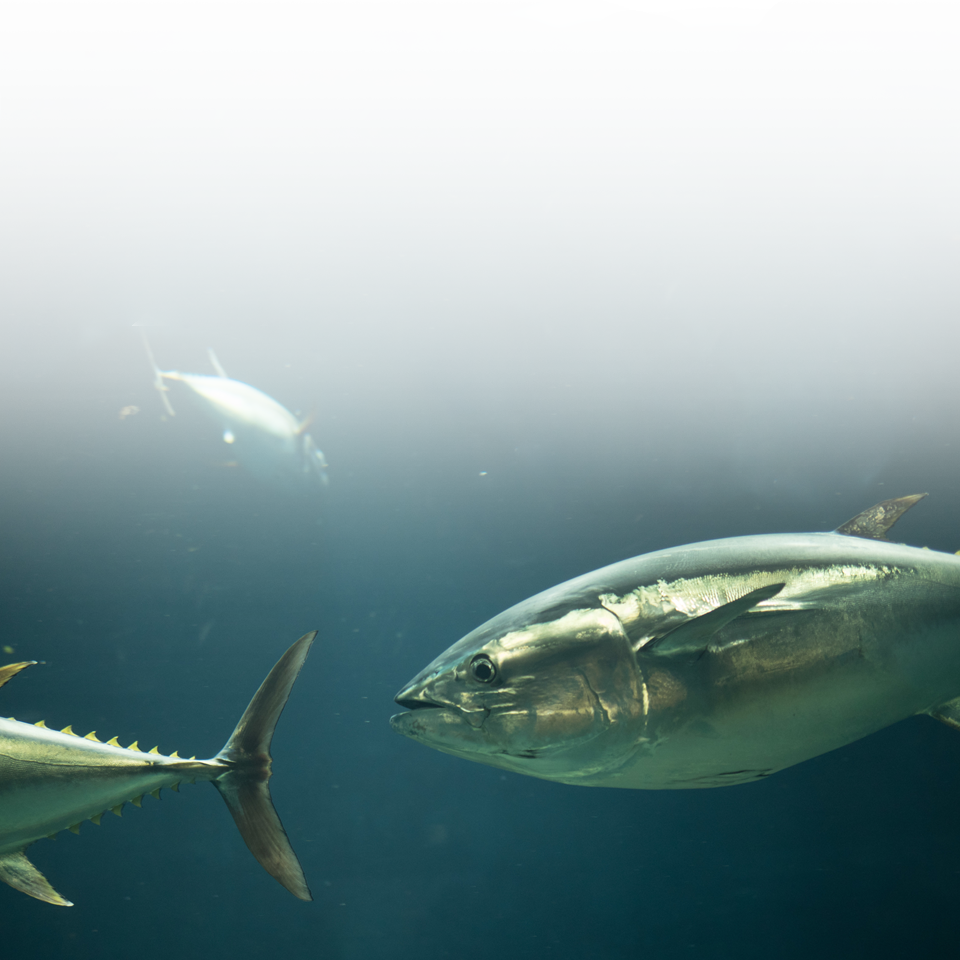 Sometimes called ling by traveling anglers, cobia are among the true treats of Florida Keys fishing. Generally in the 30- to 50-lb range, cobia can grow to more than 100 lbs and put up a great fight.

There are nearly a dozen different species of grouper found in Florida waters, but most charter boats fishing in The Keys target the big three – gag, red and black grouper. The record black is 113.38 lbs. 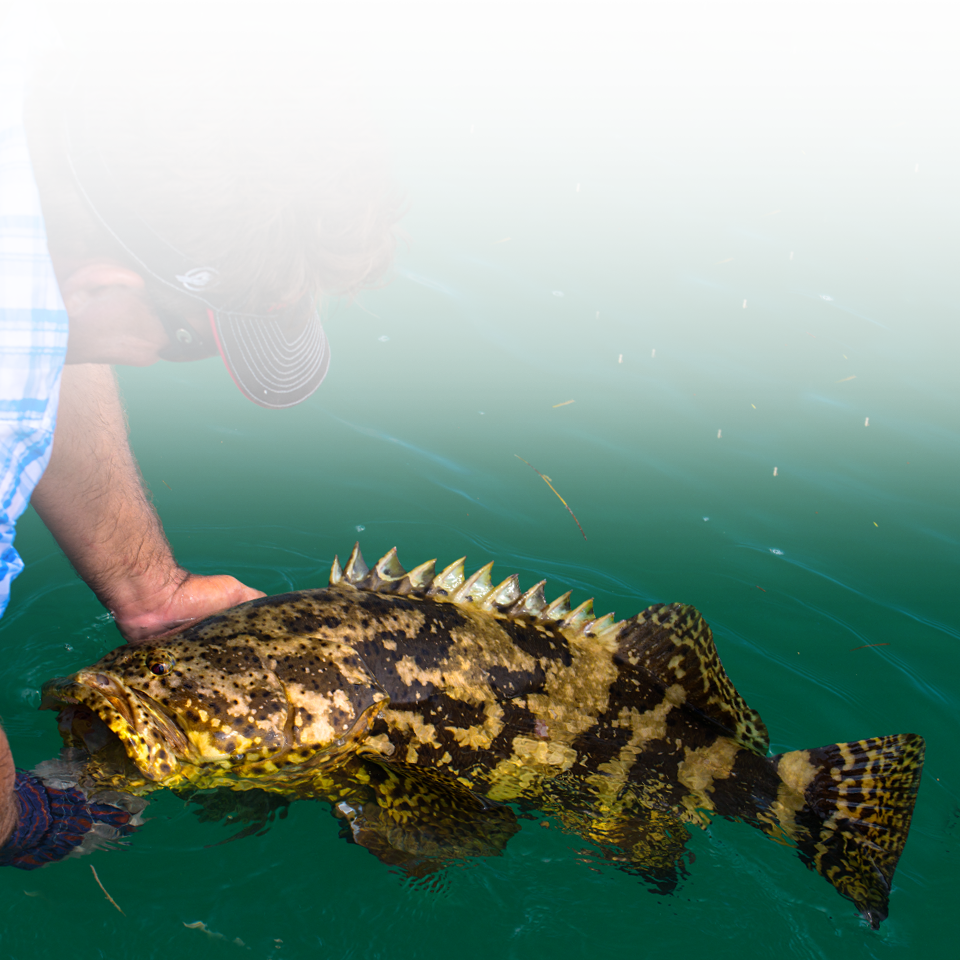 Ideal for beginners looking to experience the thrill of saltwater fishing for the first time, as well as experienced anglers ready to reel in a fighting big one on light spinning gear. 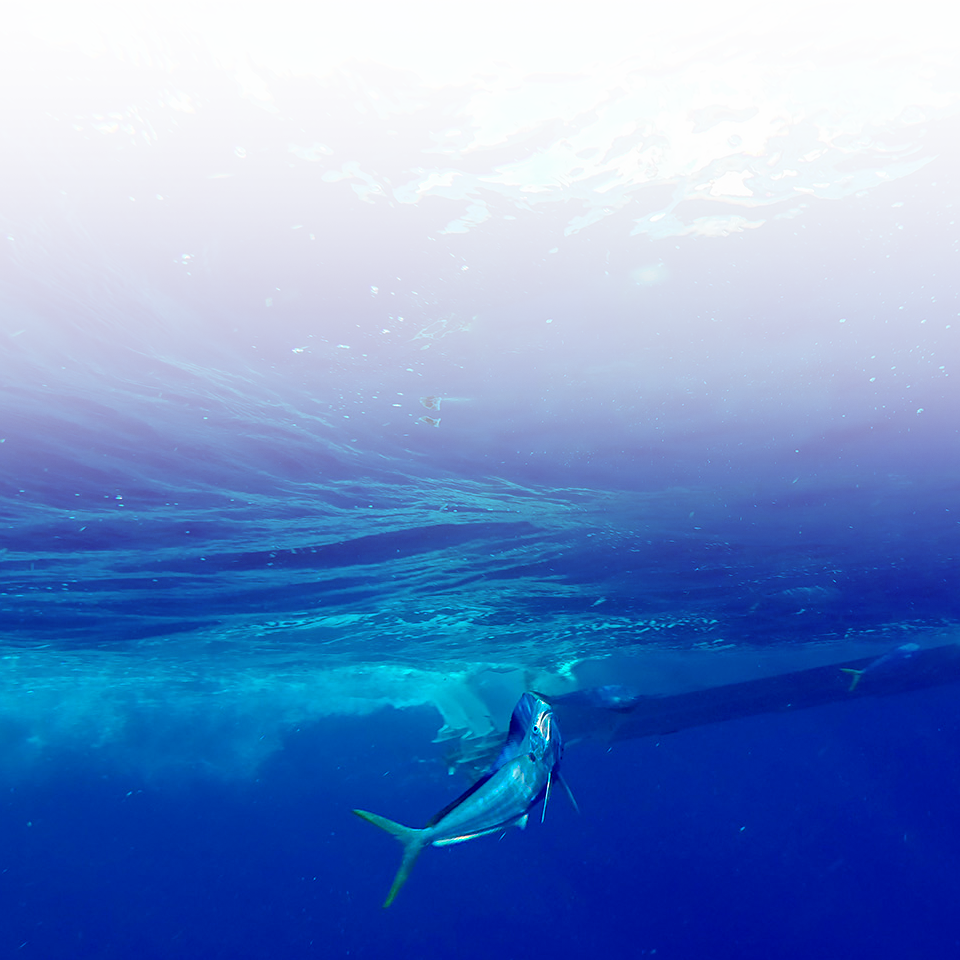 Visually speaking you won’t find a prettier fish in the Atlantic Ocean or Gulf of Mexico. With electric hues of blue, yellow and green, dolphin fish are like free-swimming neon signs. Caught year ‘round. 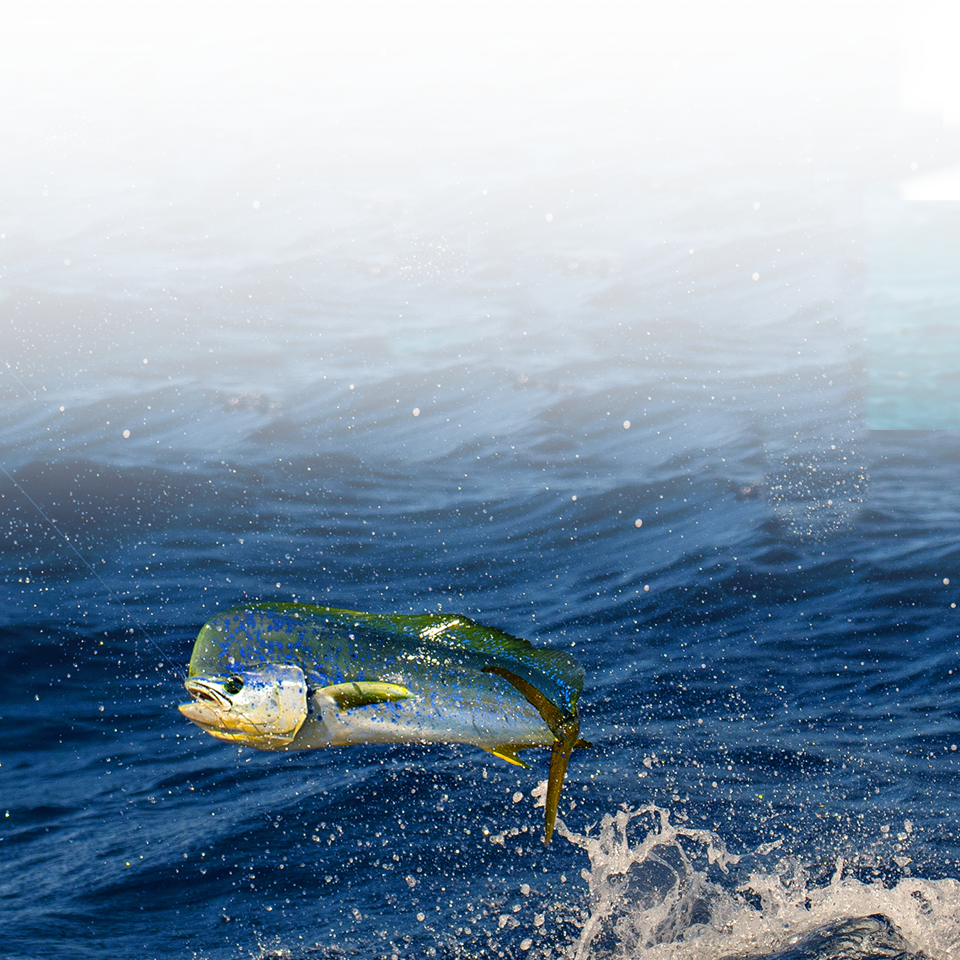