The dolphin fish is just that, a fish, and for those fishing in the Florida Keys who’ve hunted these line rippers each spring and summer, the fun is fast and furious. So hook up, hang on and hold tight. You’re in for the fight of your life.

Most folks who book dolphin fishing trips through Florida Keys outfitters try to time their adventure to coincide with blackfin tuna season. Tuna and dolphin often swim together and both can be the bi-product of any big game fishing trip in the Florida Keys, since both species are the favorite prey of big, blue marlin.

The Hawks Cay Marina has seven offshore boats that will take anglers out beyond the reef for mahi mahi, grouper, blackfin tuna and big game fishing. The Tailwalker and the Final Final are full-cabin, air-conditioned sportfishing boats that can accommodate parties of six. But if you are looking for a little adventure in the Florida Keys, check out the Snapshot, a center-console that will also run tuna fishing charters. The Eagle Eye is a smaller boat that will still get you out beyond the reef.

What is Mahi-Mahi? AKA Blue Water Beauties Dolphin (Coryphaena hippurus)

Mahi mahi are fast-growing fish that live no more than five years. They can reach speeds of up to 50 knots and light up like a neon sign when on the run. Dolphin fish feed on flying fish and squid. You'll find them lurking beneath weed lines or any floating debris that will hold bait.

So, is mahi mahi dolphin? Mahi mahi is the Hawaiian name for the species Coryphaena hippurus, also known in Spanish as the Dorado or the dolphin fish in English. Now don’t worry. We are talking about a fish, not about Flipper, the bottlenose dolphin and air-breathing mammal.

Mahi mahi is a favorite of many anglers because visually speaking you won’t find a prettier fish in the Atlantic Ocean or Gulf of Mexico. These fish, with their electric hues of blue, yellow and green, are like free-swimming neon signs. Their sense of camaraderie is even more intriguing. A social fish that travels in large schools, dolphin fish often refuse to leave a hooked companion. So a tried and proven trick is to leave a hooked dolphin fish in the water then toss baits to the other fish in the school.

The dolphin fish also has the distinction of being one of the fastest growing fish. It is not uncommon for light-tackle anglers to catch dozens of the smaller “chicken” dolphin, making mahi mahi fishing a prime sport for large parties. Common to 30 pounds, the dolphin fish is also good table fare. Occasionally, anglers will come across a real brute, a.k.a. bull dolphin, like the 87-pounder caught off Costa Rica in 1976. 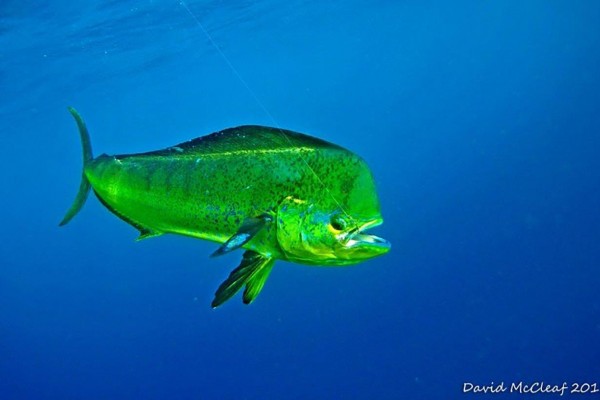 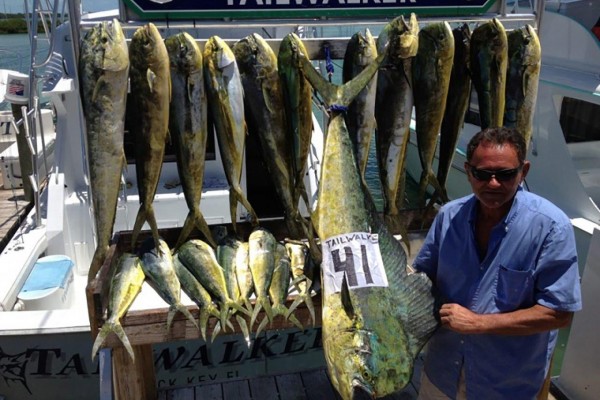 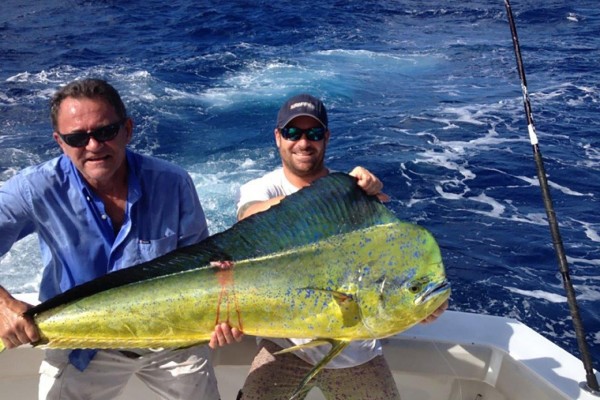 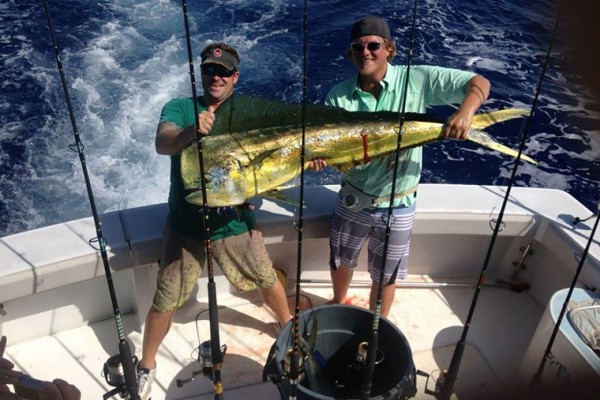 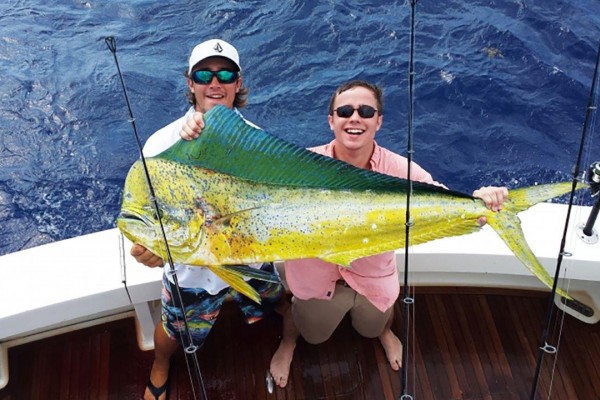 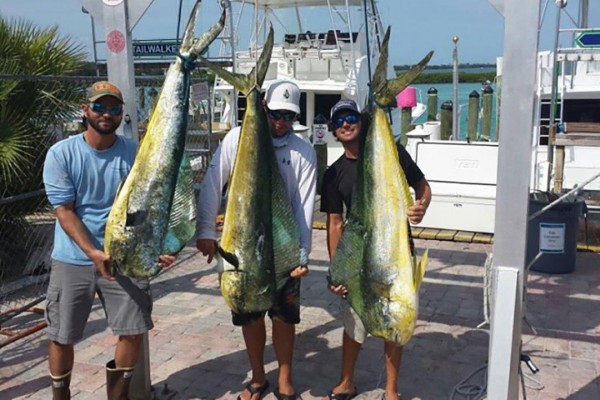 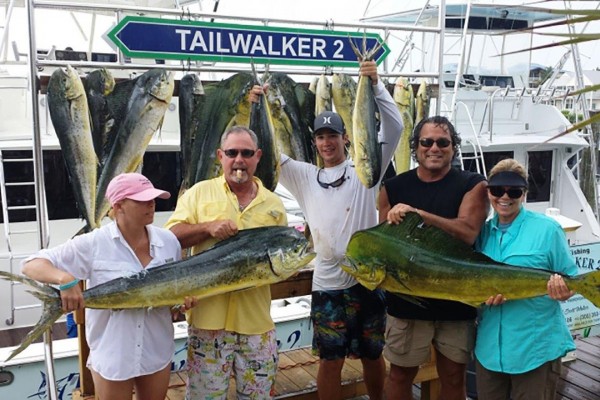 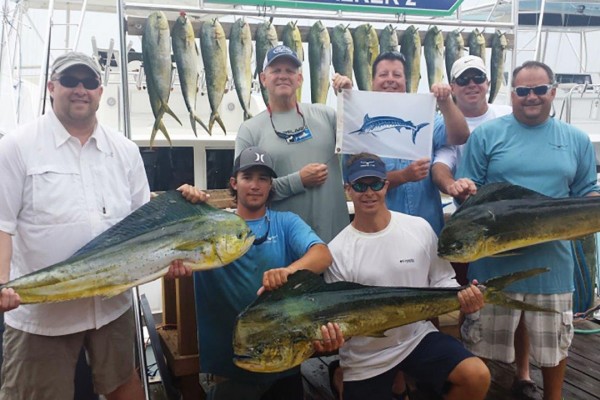 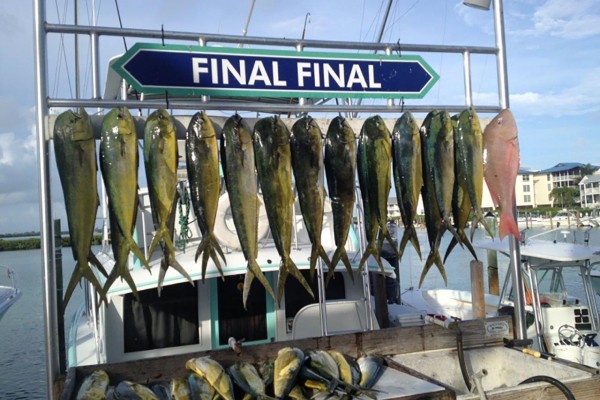 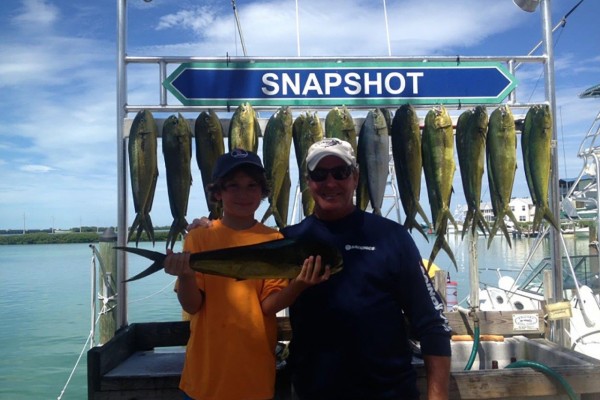