Few Florida fish provide both fight and fine dining in one package. Some might argue the snappers rule supreme, others the mighty cobia, but survey the captains of the top Florida Keys fishing charters and you’ll surely receive the same response—grouper.

Grouper are thick-bodied bottom dwellers that make for some of the best Florida Keys fishing. Florida grouper season varies with multiple grouper species found in shallow water during the cooler months and deeper water during the warmer months. In the Florida Keys, good grouper spots can be found just a few miles from shore.

There are nearly a dozen different species of grouper found in Florida waters, but most charter boats fishing in The Keys target the big three—gag, red and black grouper. The top Florida Keys outfitters, including those that run out of the Hawks Cay Marina, can also target other species of grouper, including the mighty Goliath, a true behemoth that enjoys full protection under federal law.

Grouper fishing, a mainstay for the Hawks Cay charter boat fleet, is as much of an art as it is a science. These voracious feeders are usually found around structure – reefs and wrecks – so most captains try to anchor up and fish in one stop. Or some captains will even hit a grouper spot on the way back in from a blackfin tuna or dolphin fishing trip.

Our Florida Keys marina has seven offshore boats that specialize in everything from lobstering to mahi mahi fishing. The Tailwalker, Fasttrac, Gotcha and Final Final are full-cabin, air-conditioned sportfishing boats that can accommodate parties of six. But if you are looking for a little adventure, check out Into the Blue, a versatile 26 Hybrid, Snapshot, a center-console that takes up to six anglers or The Eagle Eye, a 26-foot center console. These offshore fishing charters fish everywhere the larger offshore boats travel.

The black grouper, Mycteroperca bonaci, has markings similar to those of its smaller cousin, Mycteroperca microlepis, the gag grouper, and as a result, the two are often confused. Deep-water black grouper are common to 40 pounds but can weigh as much as 100. Gag grouper are common to 25 pounds and may weigh as much as 71 pounds, 3 ounces, Florida's record. The red grouper, Epinephelus morio, yet another grouper species found off Duck Key, can weigh up to 40 pounds. While all three species fish pull hard, the battle with grouper is won or lost in the first few seconds after the strike.

The Goliath grouper, Epinephelus itajara, is the largest member of the grouper family and a times, the bane of offshore anglers and spearfishing divers because of its affinity for eating hooked fish. Protected since 1990, these massive bottom dwellers can grow to be more than 7 feet long and weigh more than 800 and provide quite a battle when hooked. But these fish must be left in the water and released unharmed.

Conservation-minded grouper fishermen use circle hooks, which are more likely to hook a fish in the mouth instead of the throat or stomach. Non-stainless steel hooks are preferred because they rust out in a matter of days if they have to be left in a fish. Grouper regulations are constantly evolving and very from season to season and region to region. Check the latest rules before you head out. 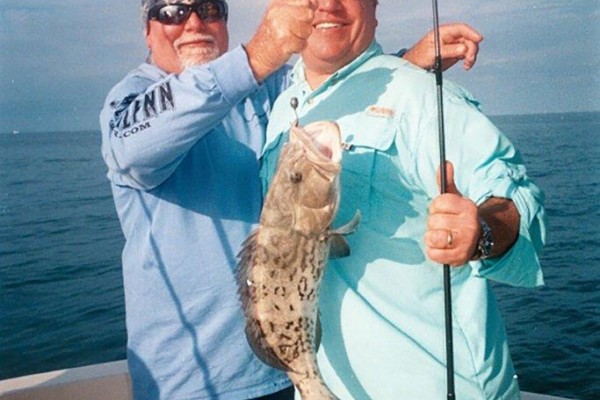 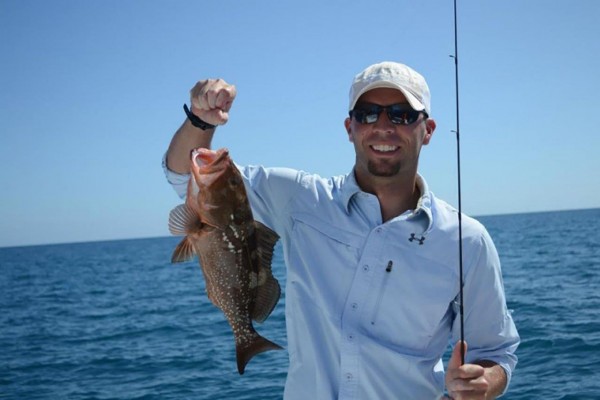 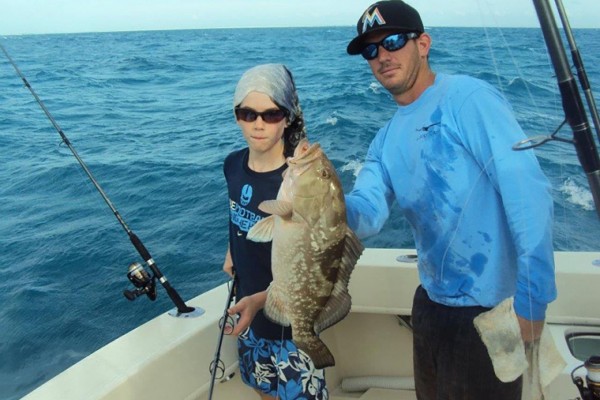 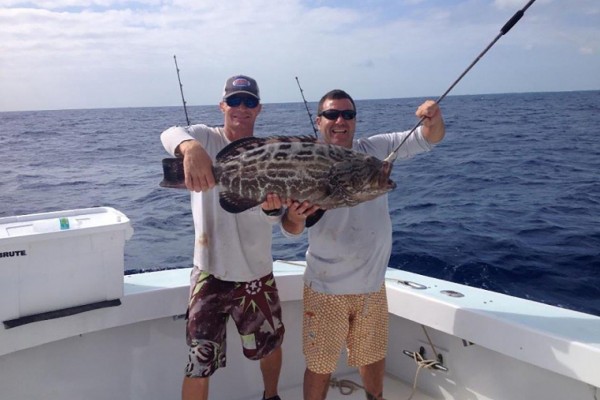 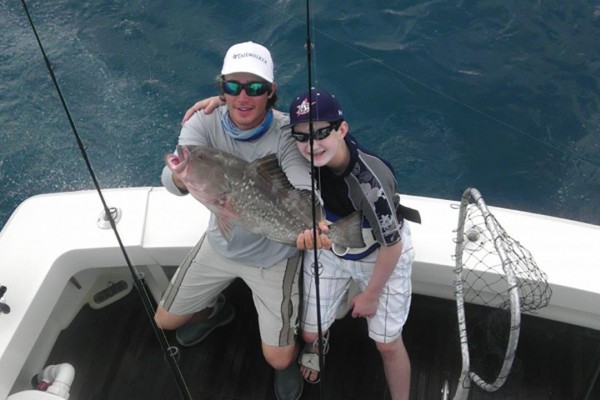 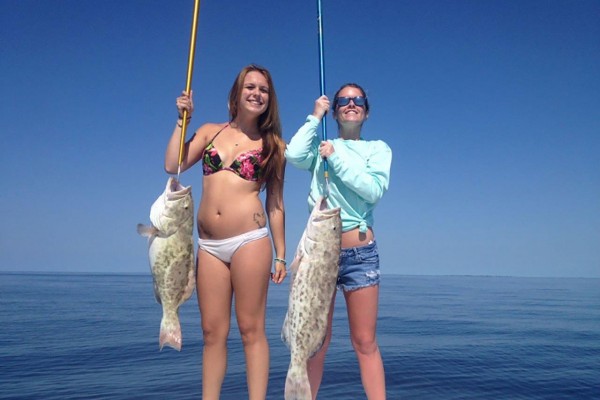