Out in the Florida flats, bonefishing is a unique challenge. These torpedo-shaped masses of muscle can cover 100 yards in the blink of an eye leaving even the most experienced anglers asking what went wrong. That’s why the world’s top sportsman fishing in the Keys put this species at the top of their must do list. But before you call our Florida Keys outfitters to set up a bonefishing trip, ask yourself, “Are you up for the challenge?”

Bonefish are typically found in clear water less than one foot deep, which makes the Hawks Cay Marina an ideal starting point for any bonefishing adventure. Fortunately, the same conditions that make the Florida Keys excellent for bonefish make it an ideal area for tarpon fishing and snook fishing.

In April 2011, the Florida Fish and Wildlife Conservation Commission made bonefish a catch-and-release fishery, eliminating the long-standing one-fish bag limit. The new regulations allow for a temporary possession of one bonefish at a time, at the site of capture for photos, measuring and weighing.

Peak Florida bonefish season runs March through October. Many anglers who want to catch a bonefish try to tie their trip into snook season, which runs pretty much year-round, thanks to good weather and virtually unlimited number of sheltered fishing spots. Many captains, including Mike O'Dell aboard the Right On, provide light-tackle half and full-day excursions. Jeff Malone of Tarpon Time and Mike Kasten of I’m Hooked are also masters of live-bait and fly fishing.

While this species will travel in schools, most guides typically hunt one fish at a time. The preferred method is to pole a flats skiff across a flat with the angler stationed on the bow. When the guide spots a bonefish, the order to fire is give—one o’clock at 50 feet. Hopefully the bait, which can be everything from a live crab to an artificial fly, will land in the path of the fish.

Bonefish, or Albula Vulpes, are known as the grey ghosts of the flats. Their deeply forked tail provides the power and speed needed to chase prey across the grass flats and open patches of sand. Bonefish like to root around for food, kicking their tails up out of the water, hence the term “tailing bonefish.” They are a favorite prey of both sharks and barracuda which makes this inshore species exceptionally skittish, especially in shallow water. Some say that bonefish can outrun any fish in the ocean.

The average size of the bonefish caught in the Keys is 3 to 5 pounds, but fish weighing 10 pounds or more have been caught in local waters. In fact, a 16-pound, 3-ounce monster was once landed near Islamorada, setting a new state record for bonefishing.

A recent study conducted by biologists at the University of Miami estimated the single bonefish in the Florida Keys contributes about $3,500 to the local economy each year. That's nearly $75,000 over the lifespan of the average bonefish. So keep on bonefishing! 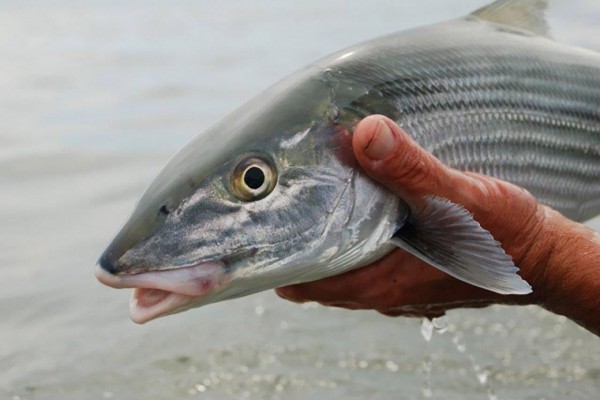 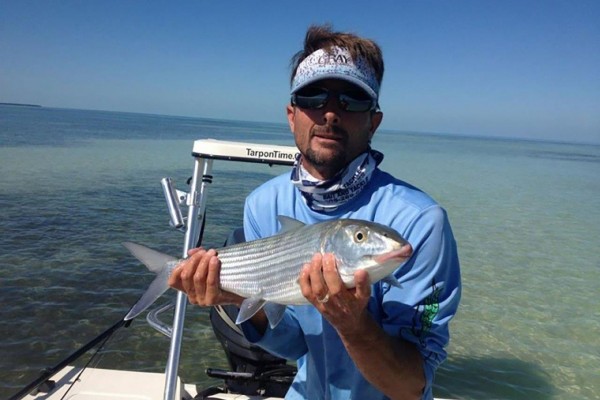 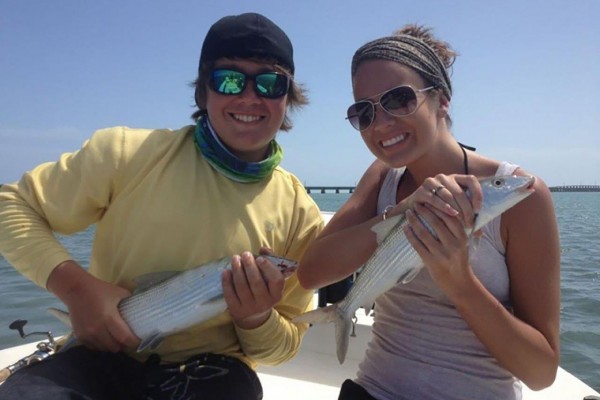 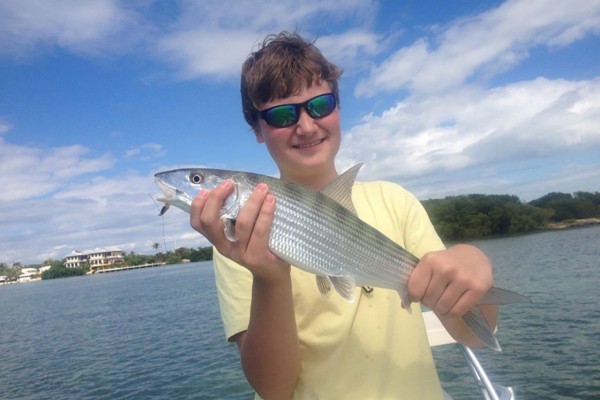 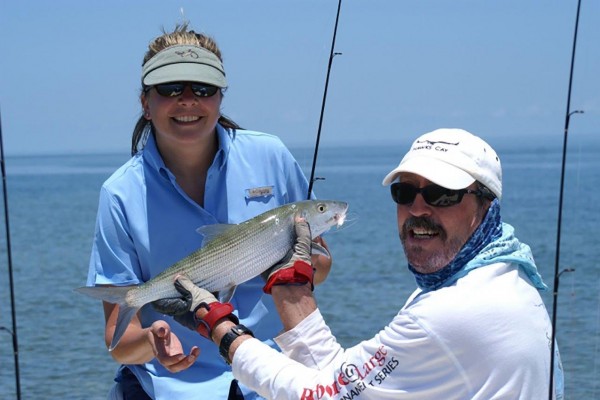 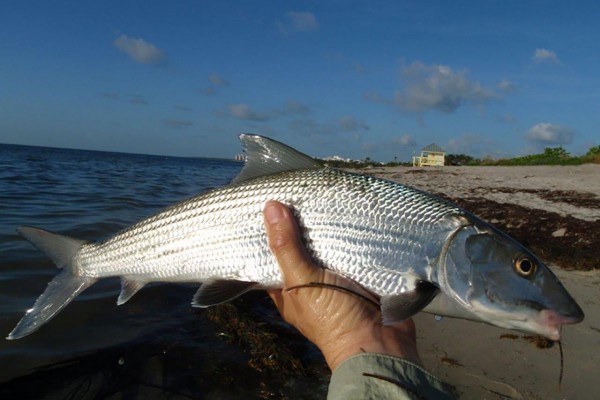 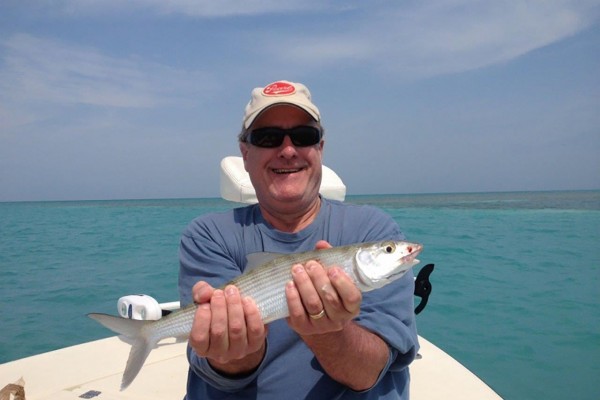 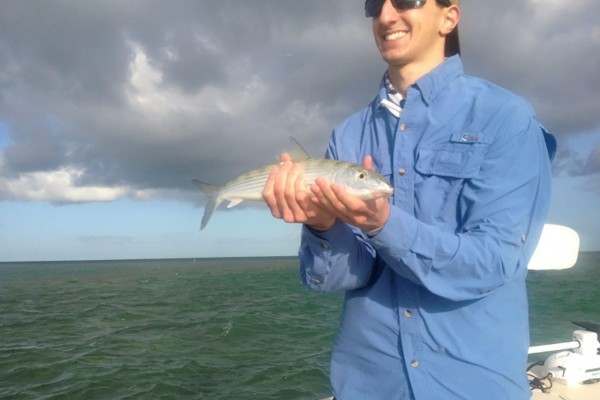 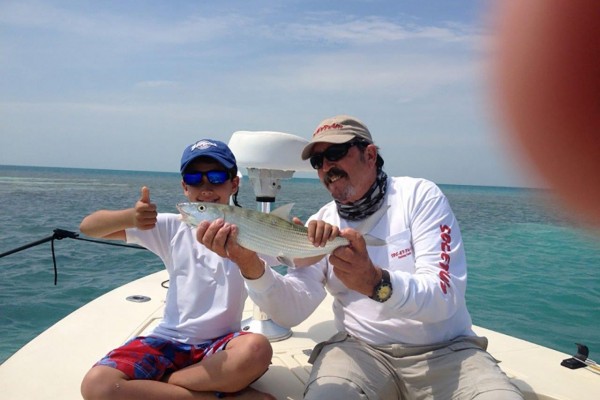 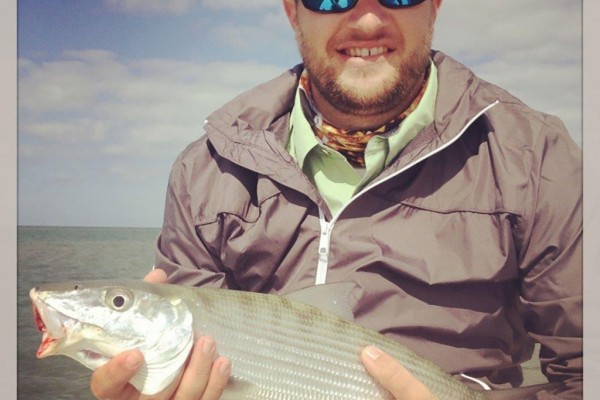 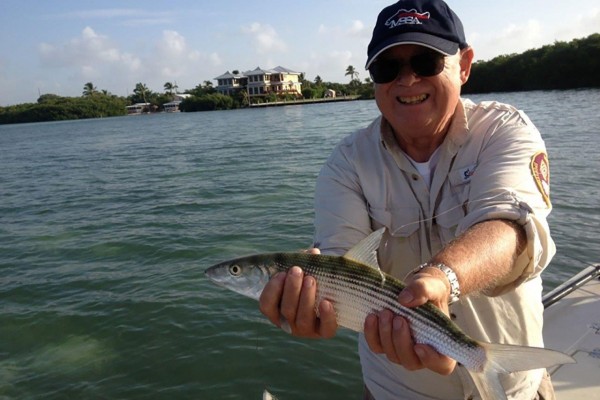